The New York Jets have announced their initial 53 man roster. Here are the players that were released today: 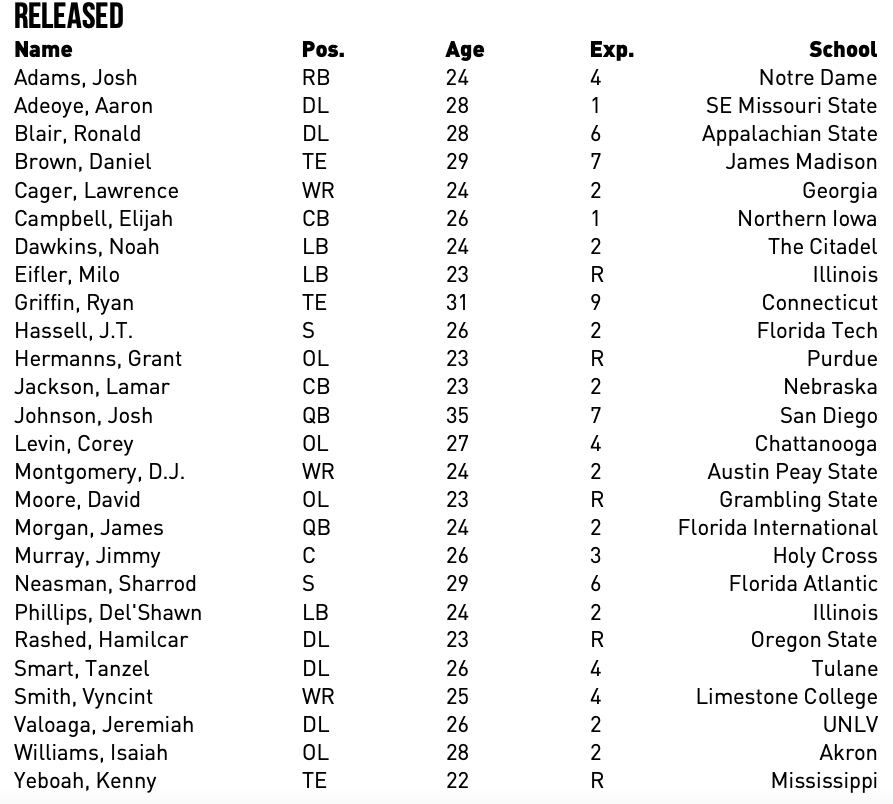 In addition, DL Kyle Phillips was placed on the Reserve \ PUP list.

After the Chris Herndon trade, that leaves the Jets with one tight end on the roster in Joel Kroft. Although Trevon Wesco is a tight end that was converted to full back in the new offense. The Jets are likely to make another move to bring in a veteran tight end soon.

Mike White is officially the backup QB. He beat out veteran Josh Johnson and James Morgan.

Connor Hughes gives his thoughts on what players could end up on short term I.R. which would free up additional roster spots.

These are the players I believe are candidates to land on the #Jets injured reserve with the intent of activating in three weeks (or a little longer):

In our forums here is a full list of the cuts, along with the Jets 53 man roster. Including comments and thoughts from other die-hard fans.