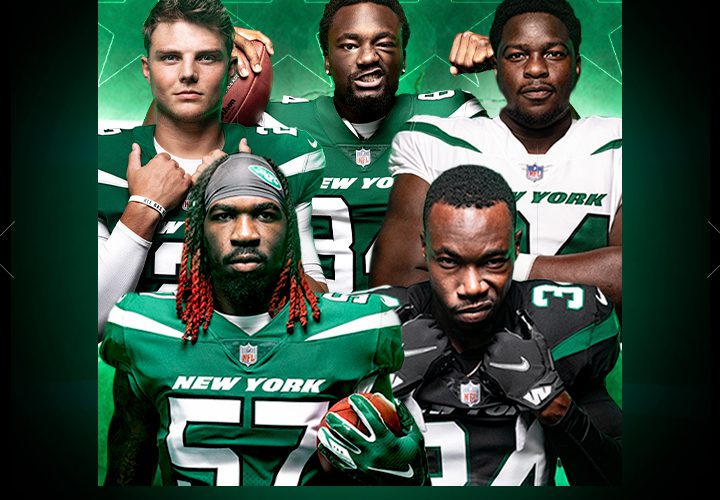 The NY Jets announced their team captains on Wednesday.

The offensive captains will be two Green & White newcomers, one of them a veteran in WR Corey Davis and one a rookie in QB Zach Wilson. On the defensive side, LB C.J. Mosley and DL Folorunso Fatukasi will wear the C patches on their jersey. For the special teams, Justin Hardee gets the nod. The quintet was voted on by the team and Saleh said today that every week the Jets will have one captaincy nomination from the coaching staff.

Head Coach Robert Saleh was asked if it was unusual for a rookie to be named team captain.

I don’t know. When I did see it, I was like, ‘Oh, look at that.’ I think it’s more of a testament to him and the way he’s been able to conduct himself here. Like I said, you go to the cafeteria and he’s hanging out with his o-lineman, he’s got an infectious personality, so credit to him the way he’s handled himself so far.

You can visit our forums to read more about Zach Wilson being named captain.

By Phil Sullivan
Posted on September 9, 2021