Maye Out; Crowder Close to Returning 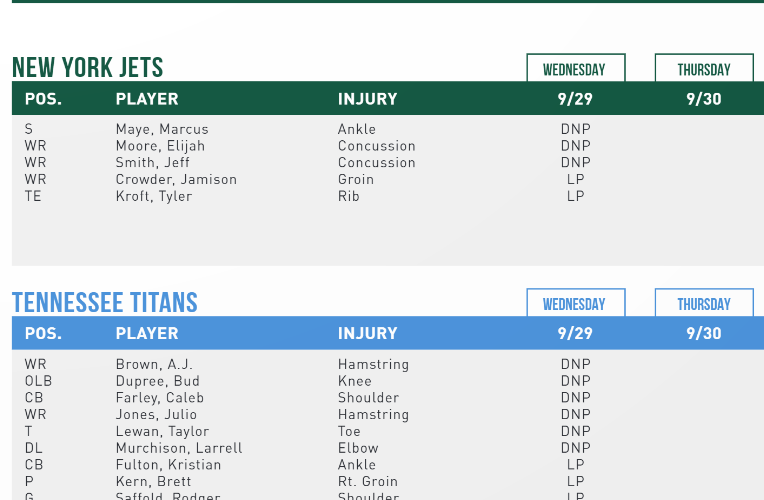 Robert Saleh spoke to the media on Wednesday and gave a few injury updates. As the Jets luck would have it they get Ashytn Davis and Sharroid Neasman back and practice, but they will be without Marcus Maye for 3-4 weeks. There was no mention of Maye’s ankle injury at the presser, but he was on the injured list that was released a few hours later (below).

Source: #Jets Franchise tagged S Marcus Maye is out about 3-4 weeks with an ankle injury. The top performer on their defense now heads to the sideline. Brutal.

Another injured Jet is wide receiver Jeff Smith who was in a car accident.  With Smith in the concussion protocol, it could open up the way for Denzel Mims to return to the active roster on Sunday vs the Titans.

#Jets WR Jeff Smith, not at practice today, was in a car crash heading to the facility this morning, source said. He will be on the injury report today with details of what he’s dealing with.

Here is what Jets fans in our forums are saying about the Jeff Smith injury. There is some good news at wide receiver, Jamison Crowder should be back for this week. Coach Saleh said, “We’re expecting it. It’s trending that way, for sure. We’re expecting it.”