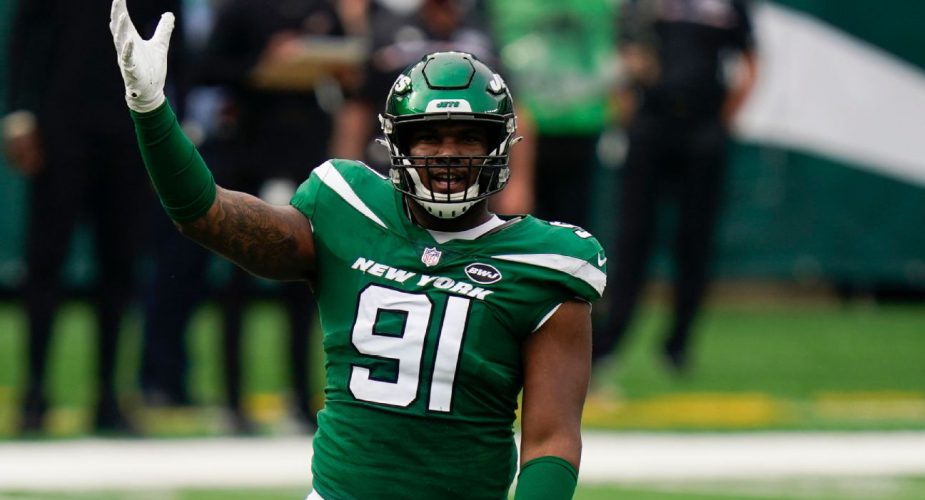 The Jets defensive had a big day on Sunday vs the Titans with 7 sacks. John Franklin-Myers had one of those sacks, his 3rd of the season. On Thursday his meteoric rise was rewarded with a 5 year, 55 million contract.

Franklin-Myers was drafted by the Los Angeles Rams in the 4th round of the 2018 NFL Draft. He played in Super Bowl LIII against New England Patriots and sacked QB Tom Brady. At the end of the following training camp, in August 2019, he was waived by the Rams.

Franklin-Meyers and the Jets have agreed to a four-year contract extension for $55 million with $30.2 million guaranteed, NFL Network Insider Ian Rapoport reported.

It’s a huge payday for the 25-year-old and a nod to him being a focal point of the future for Gang Green.

In his third season with New York, Franklin-Myers has already started a career-high four games and has tallied three sacks, a forced fumble and 15 tackles.