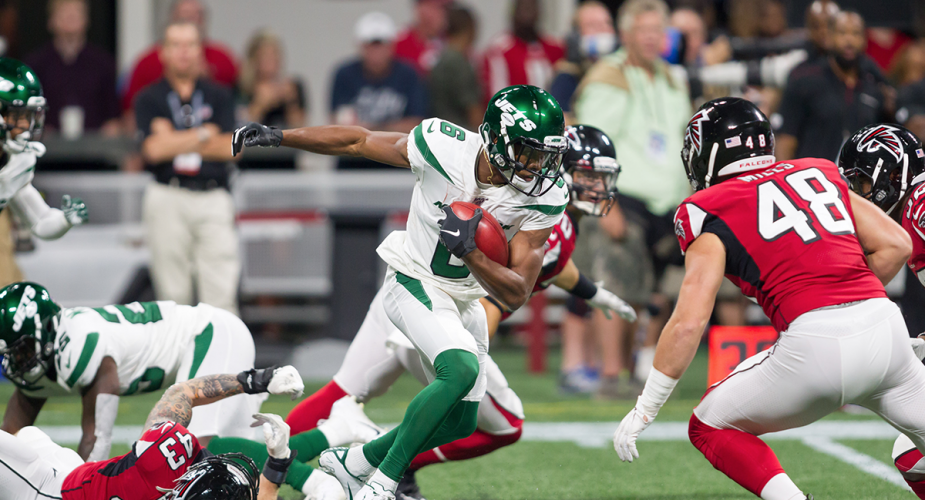 The J-E-T-S launched last week and the result was a stunning 27-24 victory as six-point home underdogs to the powerful Tennessee Titans. Now they are flying across the pond to take on the Falcons, a team that should present New York with an opportunity to string together two wins in a row.

If you want valuable insight and information from the best handicappers in the industry, SBR Picks has a full preview of this game, as well as all of the others on this week’s NFL slate. Below we will take a quick look at how these teams match up and provide a snapshot of what to expect on Sunday morning in London.

After taking three consecutive beatings, with the most recent being a 26-0 thrashing at the hands of the Broncos, the Jets decided they had enough and stood up to the Tennessee Titans who were expected to march into MetLife Stadium and march out with a win on their record. Well, not so fast because it seems the Jets have a little more life in them than the rest of the league gave them credit for and worked their way to a 27-24 overtime win against one of the better teams in the AFC.

The Jets should be able to put points on the board in this one because everyone else does when they play the Falcons, except, of course, the New York Giants. The travel will be a drag on both teams but if the Jets’ defense can prepare for what Matty Ice is cookin’ up then Gang Green could be celebrating yet again…and wouldn’t that be nice!

Jets are 2-7 ATS vs. a team with a losing record

Falcons are 1-4 ATS in their last 5 games overall

Under is 6-2 in Jets last 8 games overall