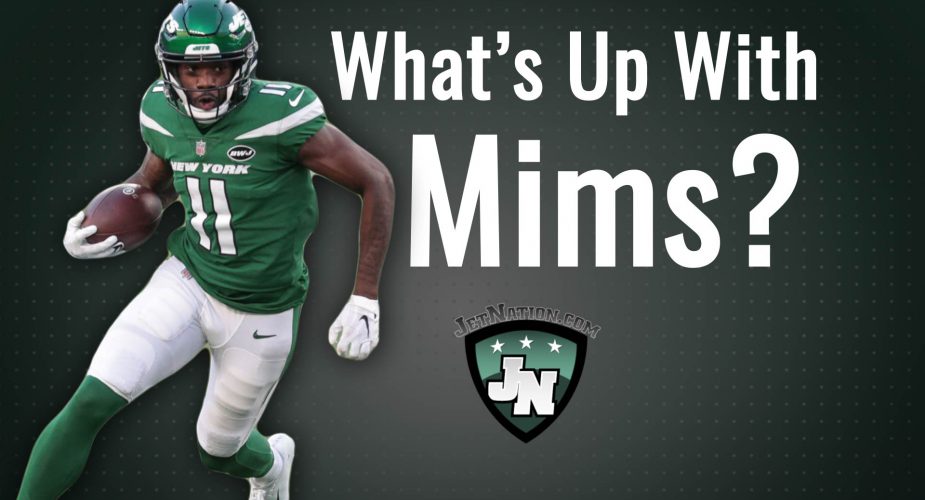 This week Greenbean is in the central Virginia countryside and he wants to talk about Denzel Mims. Everyone seems to feel the same way, with some different versions.

What is clear is that last year’s second-round pick Denzel Mims is having trouble getting on the field. He had food poisoning, lost weight, and had had trouble getting on the field ever since. Denzel plays three plays, has a 40-yard reception. Then he is inactive and doesn’t play a few weeks in a row. He is activated in week four, week five he played 8 plays. He is an exceptional blocker and in the last game, he was on the field for 8 plays with two receptions for 30 plus yards. His yards per completion are amazing.

So what is going on? Is the coaching staff pushing him to be better or are they ignoring his obvious talent? We will soon find out if Denzel Mims is inactive against the Patriots after the bye week this problem is going to escalate.

Beans tells you what he thinks will happen, watch this video and let us know what you feel in the comments below.