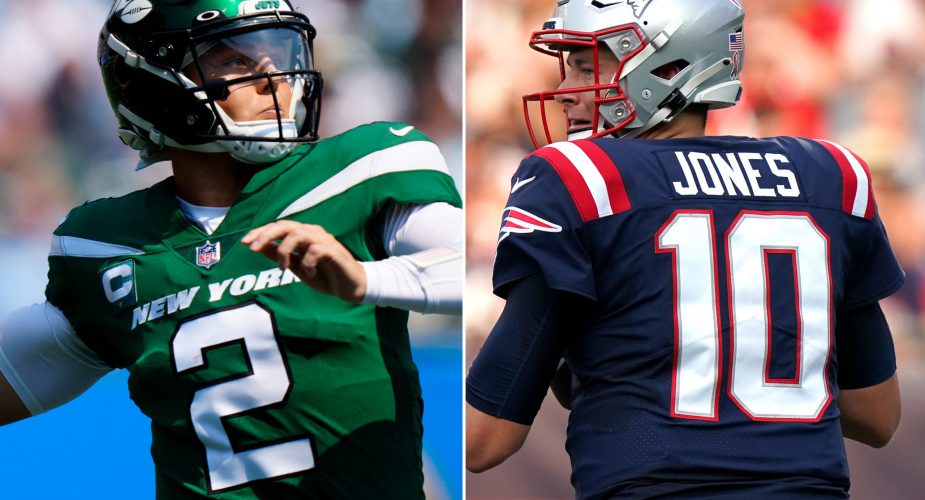 After a huge win over the Titans, the Jets came down to earth last week when they dropped a 27-20 decision to the Falcons in jolly old England. And this week they get a rematch with their AFC East nemesis, the New England Patriots, to whom they lost 25-6 in Week 2 at MetLife Stadium.

Below we will take a snapshot view of this matchup and see how these teams compare and provide the latest point spread, money line, and over/under. And remember, if you want expert analysis by some of the best handicappers in the business then you should know that BMR has a full preview of this game and all the others on the NFL Week 7 slate.

It’s easy to get down on the Jets. They were struggling along and then scored a monumental upset over the Titans which gave Jets Nation hope that our boys had finally turned the corner. And then what happens? They lose to Atlanta and all that euphoria from the previous week dissipates into the ether.

Well, the skies aren’t so bright for the Patriots either. They allowed Dak Prescott to have his way in throwing three touchdown passes and 445 yards while completing over 70 percent of his passes in Dallas’ 35-29 overtime victory last week in Foxboro. Yes, Prescott is good, but that was a historically pitiful defensive performance by New England, at least since Belichick has been roaming the sidelines in Foxboro.

If the Jets can exploit the many holes in the New England secondary then they should be able to keep it close during this contest and, perhaps, score an upset over a team that could be looking ahead to next week’s game against the Chargers.

Jets are 2-5 ATS in their last 7 road games vs. a team with a losing home record.

Jets are 1-5 ATS in their last 6 games overall.

Jets are 1-5 ATS in their last 6 games as an underdog.

Jets are 0-5 ATS in their last 5 games after allowing more than 250 yards passing in their previous game.

Patriots are 3-7 ATS in their last 10 games overall.

Patriots are 2-8 ATS in their last 10 games as a favorite.

Patriots are 1-4 ATS in their last 5 games as a home favorite.