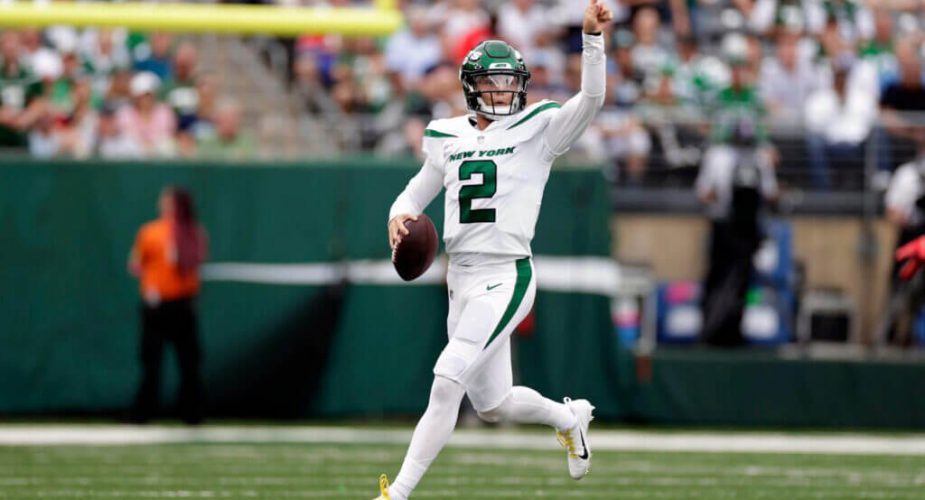 The news certainly could have been worse.  After leaving yesterday’s blowout loss to the Patriots in the second quarter, Jets QB Zach Wilson is only expected to miss 2-4 weeks.  According NFL insider to Adam Schefter, an MRI confirmed a sprained PCL for the rookie signal caller.

An MRI confirmed a sprained PCL for Jets’ QB Zach Wilson, who now is expected to be sidelined 2-4 weeks, per source.

With Wilson on the sidelines, the Jets could look to add another QB.  Perhaps James Morgan from the Panthers practice squad as an arm who knows the system or Green Bay Packers QB Kurt Benkert.  Whichever direction the Jets choose, they’ll need to move fast as the streaking Cincinnati Bengals are up next.  If nobody is added, look for veteran Josh Johnson to move up from the practice squad at some point.