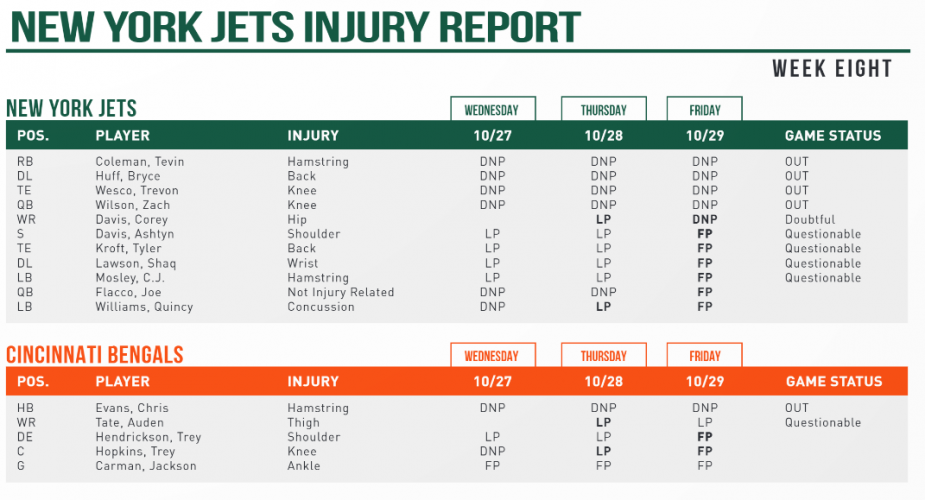 The Jets received some good news on the injury front and LB Jarrad Davis has been activated. Robert Saleh says he that Davis is playing vs the Bengals. CJ Mosley returned to practice this week and he is officially listed as questionable, the Jets linebacking core should be in much better shape than they were last week.

At QB it will be Mike White getting the start, with recently activated Josh Johnson backing him up. Joe Flacco has arrived and will be on the sidelines, although he won’t be active for the game.

Coach Saleh gave this update on who is out for Sunday:

Corey (Davis), obviously, he showed up on that injury report yesterday. It’s not looking good, we’re still holding on for hope, but it’s trending in that direction.

Obviously, he’s a stud. Gives Denzel Mims an opportunity to step into that Z role and along with the rotation that we have with Elijah (Moore) and Keelan Cole, so it gives guys opportunities to step up.

Coleman’s out. Wesco is going to be out and so is Huff. 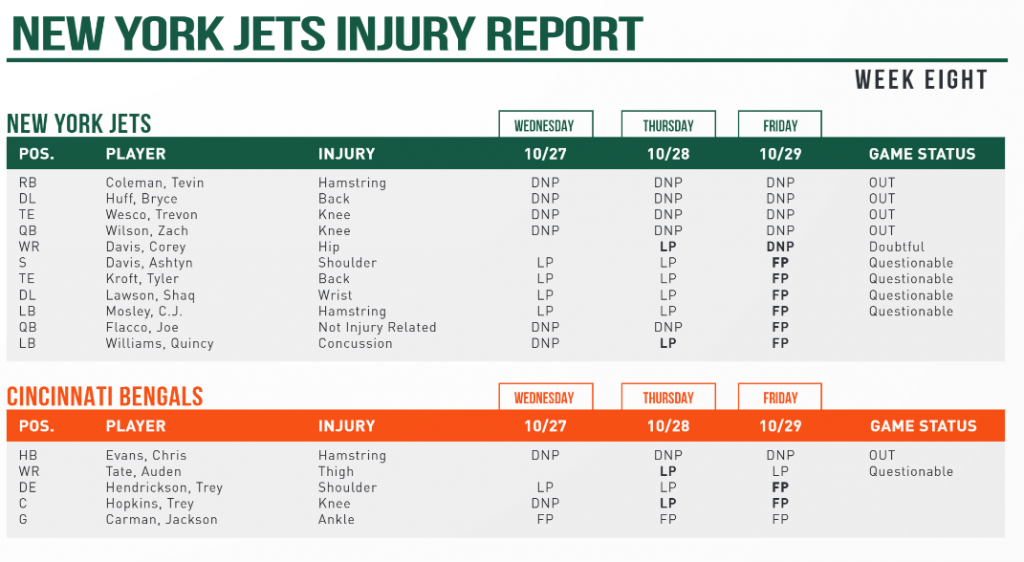