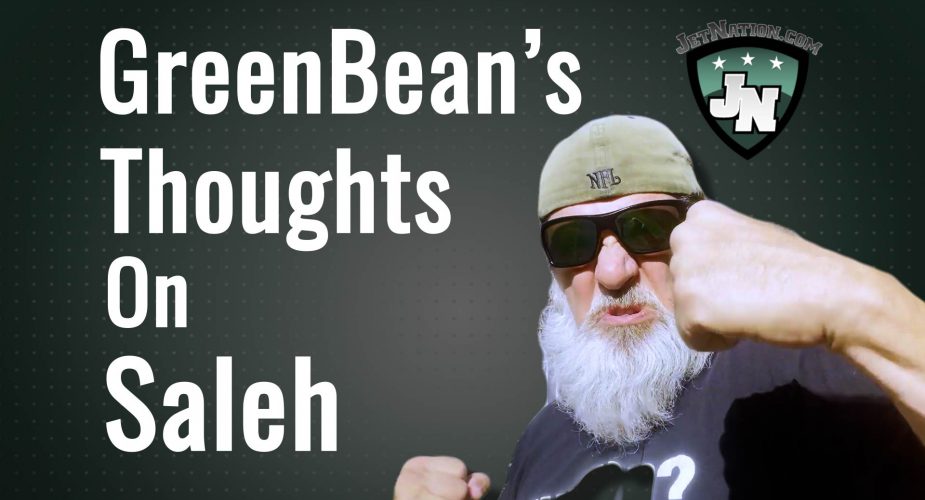 GreenBean is in Virginia, making his last video before he heads to sunny south Florida. The topic this week is Robert Saleh. What did we think we were getting? A leader of men, a firey coach that knew how to motivate. All gas no break. This was going to be a new era of Jets football.

It isn’t time to give up, but what have the Jets received so far from the head coach? I am not going to yell at the players. It was exciting to watch the defense he said. This is not the coach we thought we hired.

It is a rookie team, a very young team. So there is time for them to right this ship, but it is hard to defend some of the things Saleh says.

Where are the Jets? Are you concerned about the defensive coordinator? Was John Beck a good hire to help Zach Wilson? Tell us what you think in the comments below.