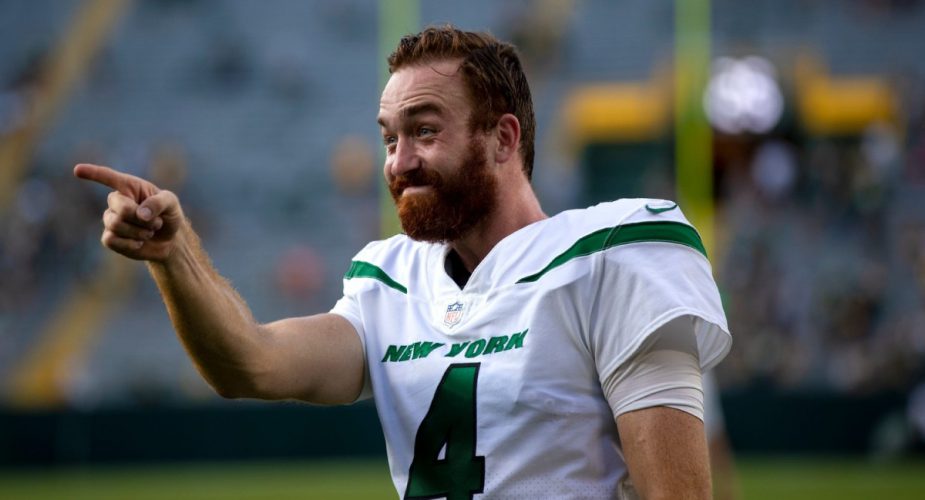 And now there are five.

With the Jets having both Joe Flacco and Mike White land on the COVID19 list, the team was down a couple of arms and decided to bring in a fifth quarterback.  Former Jets draft pick James Morgan has been added to the team’s practice squad and joins Zach Wilson, Josh Johnson, Flacco and White in what is suddenly a crowded QB room.

The Jets have signed QB James Morgan to the practice squad — a 2020 draft pick they cut in the preseason. More QB insurance, with Flacco and White on the COVID-19 list.

In all likelihood, this is the Jets taking a quick look at Morgan after losing him to the Carolina Panthers earlier this season to see if there has been any progress in his development.  The Jets did want to add Morgan to their practice squad to start the season but the QB opted to join the Panthers, viewing it as a better opportunity to see the field.  In the end, he was cut loose by Carolina before spending a couple of weeks on the Steelers practice squad.  The Steelers cut him loose just a couple of days ago and the Jets made the move today.

A former fourth-round pick out of Florida International, Morgan’s skill set isn’t ideal for the offense the Jets are running but just knowing the offense made him a candidate to come in to have Gang Green kick the tires.