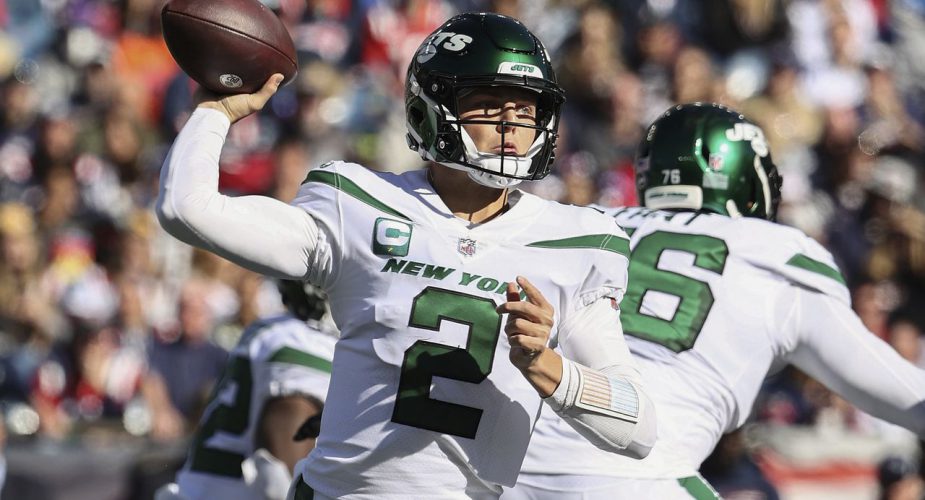 After a loss to the Miami Dolphins in which the self-inflicted wounds became too much to overcome, the 2-8 New York Jets will travel to Houston to take on the 2-8 Texans. In what is (obviously) perceived as a “winnable game”, New York will be without a handful of key playmakers on offense. Veteran wide receiver Corey Davis will miss his third game of the season, this time due to a groin injury. Also, rookie and standout running back Michael Carter was placed on Injured Reserve on Saturday, so he will be out for at least the next 3 games. Austin Walter and Josh Johnson were elevated from the practice squad, and Johnson will serve as Wilson’s backup. QBs Joe Flacco and Mike White were placed on the Reserve/Covid-19 List due to White’s positive test earlier this week.

On the defensive side of the ball, DEs Ronald Blair and Jabari Zuniga were elevated from the practice squad, with 4 defensive linemen being listed on the injury report throughout the week. C.J. Mosley comes in listed as questionable with a shoulder, not head, injury, despite taking a big hit in last week’s matchup. In coach related news, senior offensive assistant Matt Cavanaugh will not coach in the game, and QBs coach Rob Calabrese will take over his responsibilities, according to an Around the NFL report. Here is the full list of inactive players for today’s game: