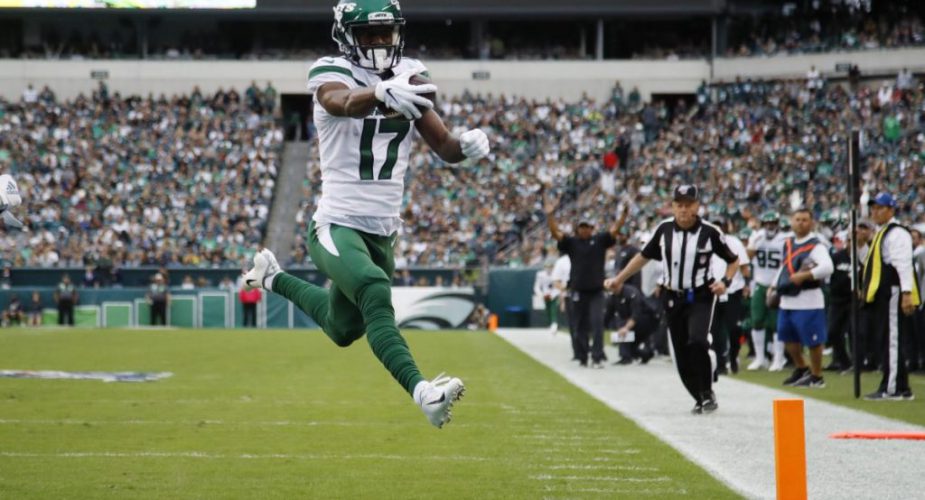 Despite having a deep group of wide receivers heading in to the 2021 season, the Jets unit is now decimated by injuries and may have to look to their practice squad to add a pass catcher or two in the coming weeks.  With news of Elijah Moore heading to injured reserve, Corey Davis out for the season and a covid contact for Jeff Smith, a move may be likely.  In terms of wide receivers, the Jets have some burners on the practice squad, but just one has any real NFL experience.

Vyncint Smith: Smith looked like a player on the rise just a couple of seasons ago but missed the 2020 season due to injury and has spent 2021 on the practice squad.  When Denzel Mims appeared to be on shaky ground during training camp, it was often Smith who was taking his reps.  The 6′ 3” Smith has good size and runs a 4.36 40 while showing good hands in the past.

DJ Montgomery: An Austin Peay product, Montgomery is another speed receiver with decent size as he checks in at 6′ 2” and has been clocked at 4.3 in the 40.  His route running needed refining as a pro and he did appear to open a few eyes during training camp this season.  Montgomery averaged 19 yards per catch in his final collegiate season and tied a school record with 10 touchdowns.

Tarik Black: The least likely candidate to find himself on the 53-man roster as he was added just a few days ago. Black is a rookie receiver who didn’t see much of the field in college in either of his stops (Texas and Michigan).  Black is a physical receiver who has battled multiple injuries in recent years, suffering fractures in both feet.  In four collegiate seasons, Black caught just 50 passes for 3 touchdowns after leaving high school as a 4-star recruit.