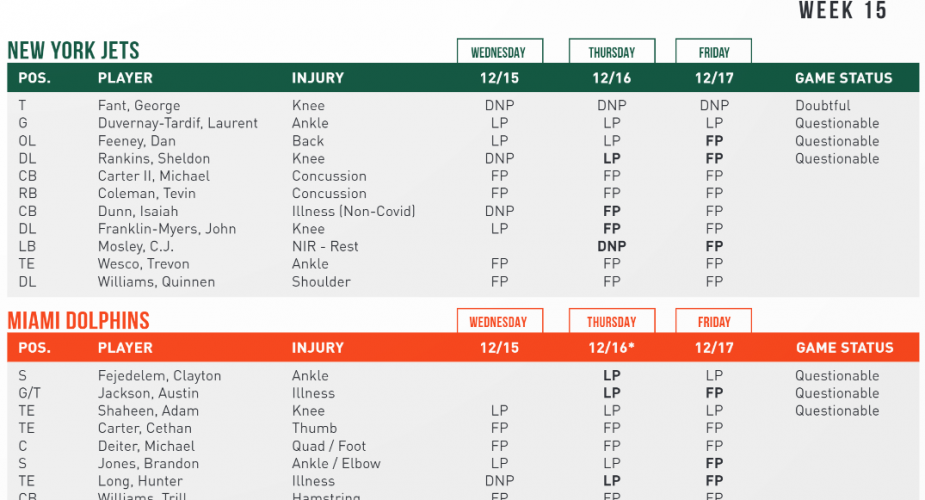 As we mentioned earlier this week the NY Jets injury report is looking better. The team is expected to get back Michael Carter the running back and Michael Carter II the defensive back. Tevin Coleman had a full week of practice after being in the concussion protocol and Quinnen Williams was able to practice after his shoulder injury.

George Fant is listed as doubtful for the game. Robert Saleh said the team will know more tomorrow, but Fant is officially “on the fence”.  Conor McDermott will take his place if Fant isn’t able to play.

Asked about how significant it was to be getting some players back this week, Saleh had this to say.

It’s always significant. This league is about playmakers and when you get the ball into your hands, can you take it to the house and to get Michael Carter back and Tevin (Coleman) and to get (Tyler) Kroft back as an option for the quarterback, along with the guys who have already been getting their reps and been getting better every week. It is beneficial for sure, now we just got to go execute.

Michael Carter was playing so well before he got hurt. Thoughts on his rookie season?

He’s exactly what you would expect out of a young guy. We’re talking about the running back, obviously, but he comes in as a fourth-round pick, he has some ups and downs during training camp, show some flashes, starts out a little bit slow during the season, but just gets better and better and better and every time he touches the ball, the does something with it to the point where it’s like you can’t deny him the ball. It’s exciting for him to get back, obviously four games for him to finish his season strong and really grasp as much as he can and learn as much as he can from this rookie year so he can propel himself next year to have an explosive season.

Will Michael Carter go right back into that starting role?

Yeah, I mean our offense always distributes the ball. It’s more of a committee approach, but definitely anticipate him having a significant role. 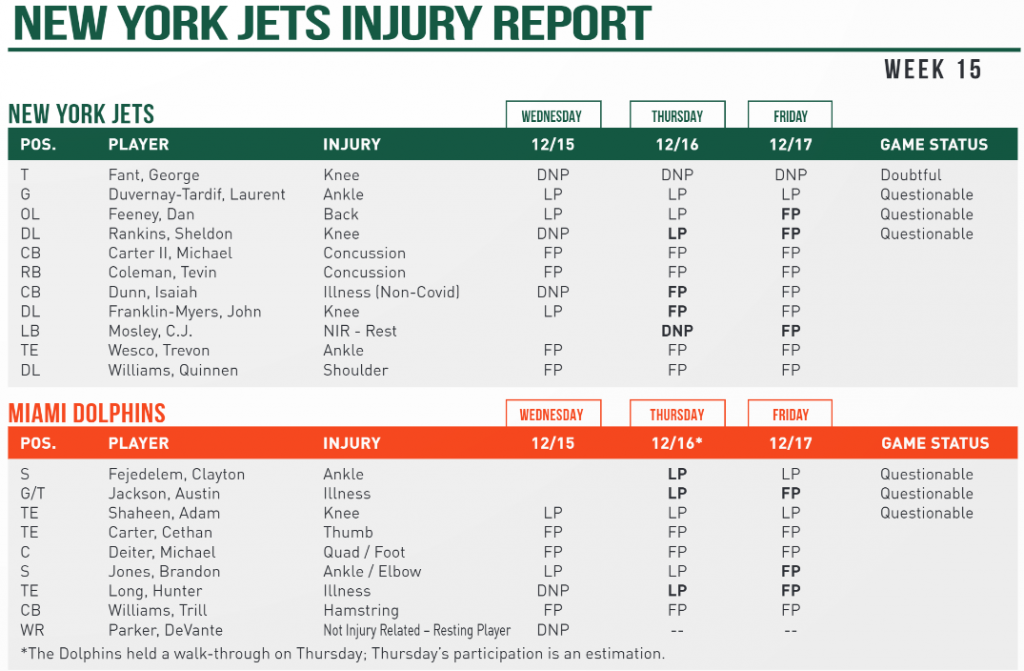