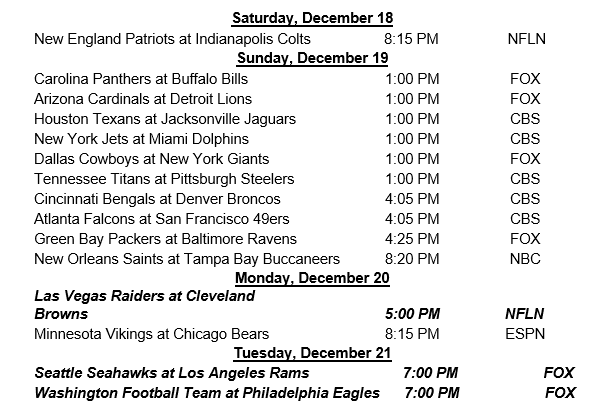 Due to the high number of COVID cases, the NFL has announced the following schedule changes for week 15.

The Las Vegas Raiders-Cleveland Browns game scheduled for Saturday, December 18 has been moved to Monday, December 20 at 5 p.m. ET on NFL Network.

We have made these schedule changes based on medical advice and after discussion with the NFLPA as we are seeing a new, highly transmissible form of the virus this week resulting in a substantial increase in cases across the league.

We continue to make decisions in consultation with medical experts to ensure the health and safety of the NFL community.