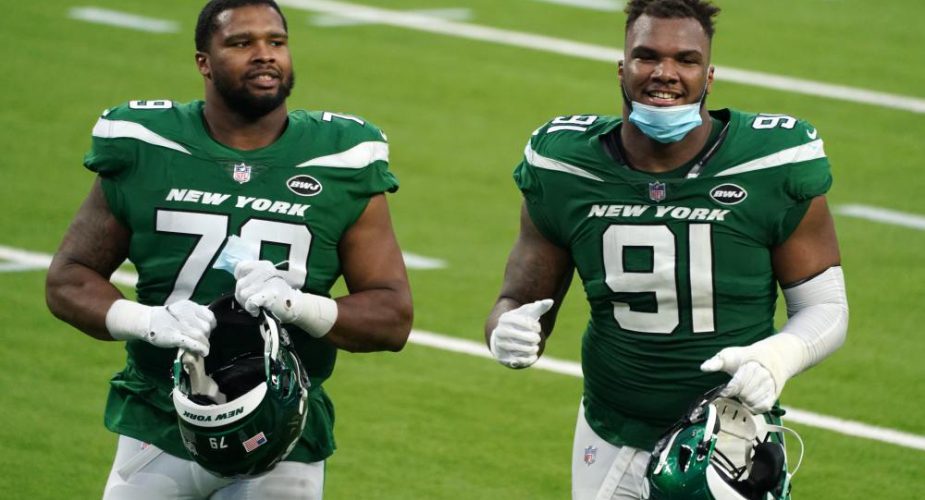 With the Tampa Bay Bucs game just a few days away and plenty of covid cases still impacting their roster, the Jets have protected four players on their practice squad this week.

#Jets are protecting four players on the practice squad this week:

Smart had a fantastic preseason for the Jets and has stuck on the practice squad all season.  Brown was traded to the Chiefs for guard Laurent Duvernay-Tardif before being let go by KC and re-signed by the Jets.

Samia is a guard who has played in fifteen career games (4 starts) with the Minnesota Vikings while Pierschbacher is an Alabama product who has played a handful of snaps in 8 games.  During his time with the Crimson Tide, he was lauded for his versatility, playing up and down the Alabama line under head coach Nick Saban.