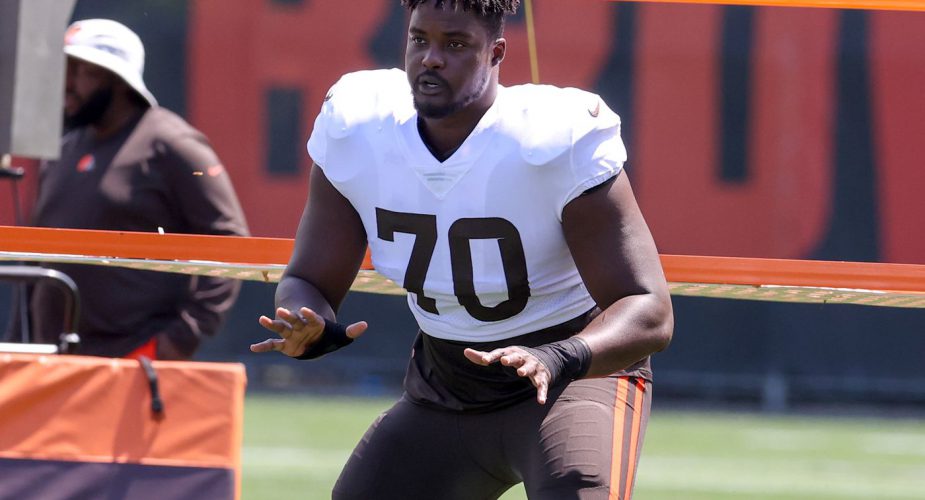 The New York Jets announced that they have claimed T Greg Senat off waivers.

Senat spent this past training camp with Cleveland and was placed on injured reserve Aug. 31. He was waived off IR on Sept. 9. He’s played in 10 games, all with Dallas in ’20, and took three offensive snaps in addition to 53 special teams snaps.

After two years of playing basketball for the Seahawks, Senat approached the football coaches about joining the team. His height and athleticism led them to accept, potentially as a tight end prospect. But he agreed to play right tackle after coaches saw his ability there. Senat started all 11 games in both 2016 and 2017 at that spot, showing off raw ability that could be harnessed at the next level. He was an occasional starter (22 times in 104 games) in four years on the hoops team at Wagner, averaging about two points and three rebounds per game.