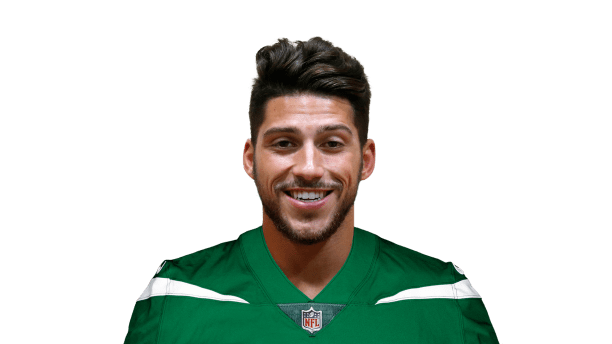 The NY Jets announced that they have signed 10 players to reserve/future contracts.  The team website explains this as being contracts for players not on the active roster so they don’t go into effect until the 1st day of the new league year, March 16.

Many familiar names on this list, here are the players bio’s.

K Matt Ammendola (5-9, 195)
Ammendola signed with the Green & White on July 30 and was the team’s kicker through the first 11 games before he was released this past Saturday. He made 68.4% of his field-goal attempts (13 of 19) with a long of 49 and 93.3% of his extra-point attempts (14 of 15). He also handled kickoffs for the team with a touchback rate of 57.4% and stepped in to punt when Braden Mann was injured in the Week 1 game at Carolina. Ammendola, who signed on Dec. 7 with the team’s practice squad, went undrafted out of Oklahoma State in 2020.

WR Tarik Black (6-3, 206)
Black signed with the Green & White’s practice squad on Dec. 7 after he was most recently with the Colts’ p-squad. He was elevated for the season finale at Buffalo and had 1 reception for 10 yards on 19 snaps. The 2021 undrafted free agent out of Texas signed with Indianapolis in May. He began his college career at Michigan and totaled 50 receptions, 747 yards (14.9 avg) and 3 TDs in 23 college games (17 for the Wolverines, 6 for the Longhorns).

TE Brandon Dillon (6-5, 250)
Dillon signed with the team’s practice squad on Dec. 29 after a stint with the Vikings’ practice squad. He first signed with Minnesota as an undrafted free agent out of Marian in 2019. He played in 1 game this season and took 22 snaps on special teams. He played in 3 games in the 2020 season and had 1 catch for 6 yards on 12 offensive snaps. Dillon is the second Marian player to sign a contact in the NFL after earning first-team All-Mid-State Football Association honors as a junior and senior.

OL Grant Hermanns (6-7, 300)
Hermanns signed with the Green & White in May as an undrafted free agent out of Purdue. He was a final cut and then signed to the team’s P-squad. He started all 33 games he played in college, all coming at left tackle. He was an honorable mention All-Big Ten in 2020 and a team captain in 2019 and 2020. He has an injury past — he tore his ACL after six games in 2017 and missed the final four games in 2018 with a meniscus injury that required surgery. In high school in New Mexico, he won the 6A heavyweight champion in wrestling and was the No. 3 player in the state.

WR D.J. Montgomery (6-1, 201)
Montgomery joined the Jets in August 2020 and was elevated this season for Week 14 against the Saints, Week 16 against the Jaguars and Week 17 against the Buccaneers. He had 3 receptions for 36 yards on 50 snaps on offense. He also took 20 special teams snaps. Montgomery spent last season on the practice squad and had 3 catches this preseason before he was a final cut. Montgomery joined the Browns as an undrafted free agent in 2020 out of Austin Peay. He had 5 catches, 124 yards and 1 TD with Cleveland in the preseason, but was placed on IR with a hamstring injury.

DL Hamilcar Rashed (6-2, 251)
Rashed signed with the Jets in May as an undrafted free agent out of Oregon State and spent the summer with the team. He was a final cut and re-signed to the practice squad. He played against the Bills in Week 10 at MetLife Stadium and took 16 snaps on defense. In 43 games with the Beavers, Rashed made 28 starts and ranks sixth in school history with 36 tackles for loss and 16.5 sacks. He was a first-team All-America in 2019 (14 sacks, 22.5 TFLs).

OL Dru Samia (6-5, 308)
Samia joined the Jets’ P-squad on Oct. 12. He was drafted by the Vikings in the fourth round in 2019 out of Oklahoma. He played in 15 games over the last two seasons for Minnesota (4 starts, all in 2020), taking 303 offensive snaps and an extra 68 on special teams. He was waived/injured by the Vikings in August before reverting to their IR. He was then released on Sept. 8. In college, Samia earned first-team All-Big 12 honors in 2018 and was named Big 12 co-offensive lineman of the year as well.