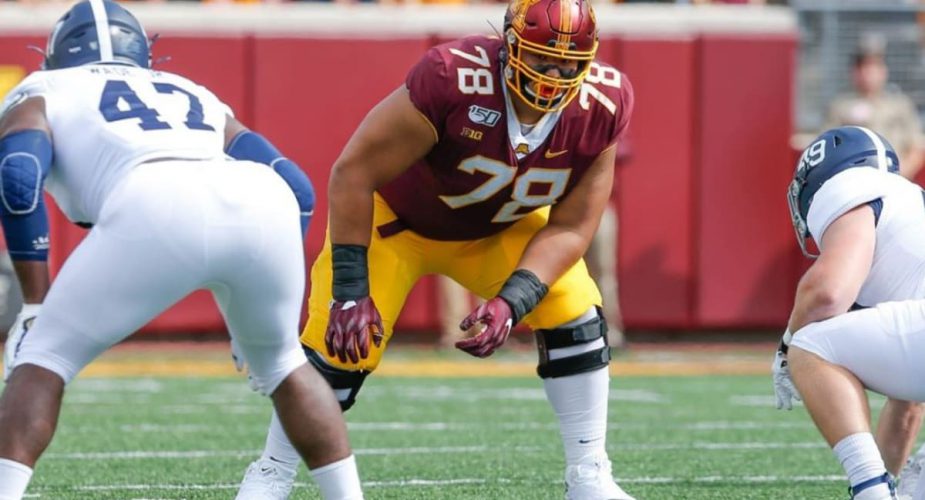 The Senior Bowl’s official account has released its list of offensive linemen set to be coached by Gang Green this February in Mobile and there are a few names that stand out.  One more so than the others.

Minnesota left tackle Danile Faalele is probably one of the only human beings on the planet whose size rivals that of Jets current tackle Mekhi Becton.  Listed at 6′ 9” 390 pounds, Faalele is going to be a massive right tackle for somebody.  If it were to be with Becton and the Jets, the pair would be pushing 800 lbs of human being at left tackle.

Not quite as big but every bit as nasty, tackle Trevor Penning out of the University of Northern Iowa will be watched closely by NFL teams looking for a lineman who plays through the whistle with a mean streak.

Guard Zion Johnson will likely be the best interior lineman in the group with some small school products also on the list to round things out.