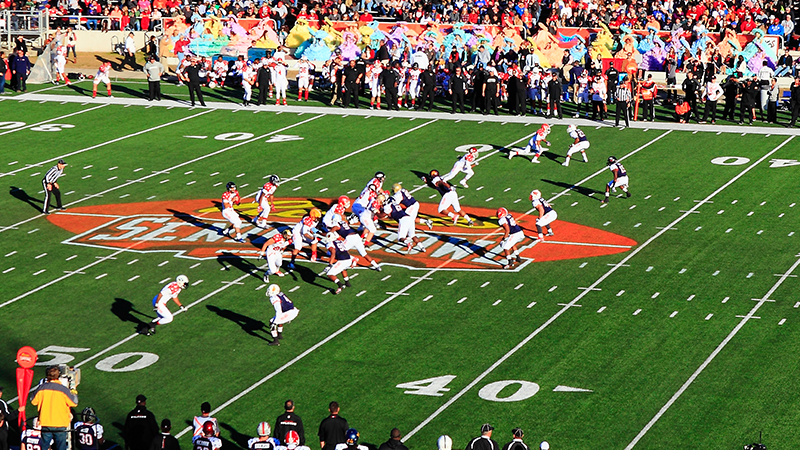 With the Jets’ season coming to an end, and another year added to the NFL’s longest playoff drought, the focus in Florham Park shifts to the offseason. For many fans, the offseason is the “meat and potatoes” of the Jets season, as they get to brainstorm a variety of ways to acquire both veteran and rookie talent in Free Agency and the NFL Draft. Currently possessing 4 selections in the top 38 picks of the 2022 NFL Draft, New York is in a prime position to bolster a roster that was the youngest in the league last season. Luckily for Joe Douglas & Co. they will get the chance to see several prospects up close and personal at the Reese’s Senior Bowl in Mobile, Alabama. Mike LaFleur will play a crucial part of the process, this allows the Jets staff to see which players respond to their coaching. They also get to find out just what type of character each prospect has.

Jim Nagy, Senior Bowl Director for the past 5 seasons after taking over for now Jets senior advisor Phil Savage, had dropped hints on social media regarding the Jets coaching the all-star game. Since then, it has been confirmed, and rosters are currently being filled out for both teams. This past week, teams were announced position by position, starting with the offense. The National Team (Jets team) offense is as follows:

Although the Jets do not find themselves in the market for a quarterback, having 2021’s no. 2 overall pick Zach Wilson already in the fold, this trio of passers is very talented. Kenny Pickett broke Dan Marino’s passing record at Pittsburgh and improved his overall play in 2021, propelling him into the QB1 talks this draft cycle. Desmond Ridder led Cincinnati to the CFP and played reasonably well against Alabama in the Semifinal game, finishing with over 10,000 career passing yards for the Bearcats. Carson Strong battled injuries but was able to finish his Nevada career with an impressive 74:19 TD/INT ratio.

Staying in the backfield, New York was given a special group of running backs to coach up as well. Cincinnati’s Jerome Ford finished with 19 rushing TDs in 2021, and possesses the breakaway speed to take it the distance on any play. The former Alabama transfer is also a patient runner between the tackles that isn’t afraid of contact. Haasan Haskins is a powerful back out of Michigan, and while he is a bit smaller but with more juice, he is a player who could come in and play an A.J. Dillon-esque role in the Mike LaFleur offense. Baylor’s Abram Smith is a former linebacker, and his physicality is evident when you watch him run. His skills in pass protection make him easy to project as a potential 3-down player in the NFL.

As far as pass catchers go, the Jets may have been awarded the two best in the class at their respective positions: Penn State WR Jahan Dotson and Colorado State TE Tre McBride. These two are already being talked about in the range of the Jets’ two second round picks (35 and 38), so the coaching staff getting time behind the scenes with them can go a long way in deciding where they get drafted. Dotson is an NFL-ready player that has plenty of production with 25 career TDs for the Nittany Lions. His route running and change of direction explosiveness would compliment New York’s current receivers well. McBride is the prototypical tight end the Jets would look for in their wide zone scheme, capable of being an F or Y type. His ability to block,  as well as catch, at a high-level already is something this coaching staff covets, and his transition to this offense would be practically seamless. Colorado State used him in a similar role that the Jets would, so his tape is a perfect example of what he could be in the LaFleur offense. If given the chance, Joe Douglas and staff should look to acquire one, if not both, of these playmakers to help Zach Wilson.

The offensive line is once again a strong position group in Mobile, after being headlined by Landon Dickerson, Creed Humphrey and Quinn Meinerz last year. Central Michigan’s Bernhard Raimann and Trevor Penning from Northern Iowa are currently being mocked in Round 1 by NFL Network’s Daniel Jeremiah, while Zion Johnson out of Boston College may have the potential to play any spot on the interior, and teams will likely work him out at center. Daniel Faalele from Minnesota could sneak into the backend of the first round, also. Fan favorite Cole Strange from Chattanooga is another name to watch throughout the practice week For the Jets, a team that is still a few pieces away on their own offensive line, the Senior Bowl is a great “first dibs” opportunity in finding the proper fit.

Be sure to follow me @DTereman on Twitter to stay up to date with all the Senior Bowl news, as I will be in Mobile for all the Jets practices!