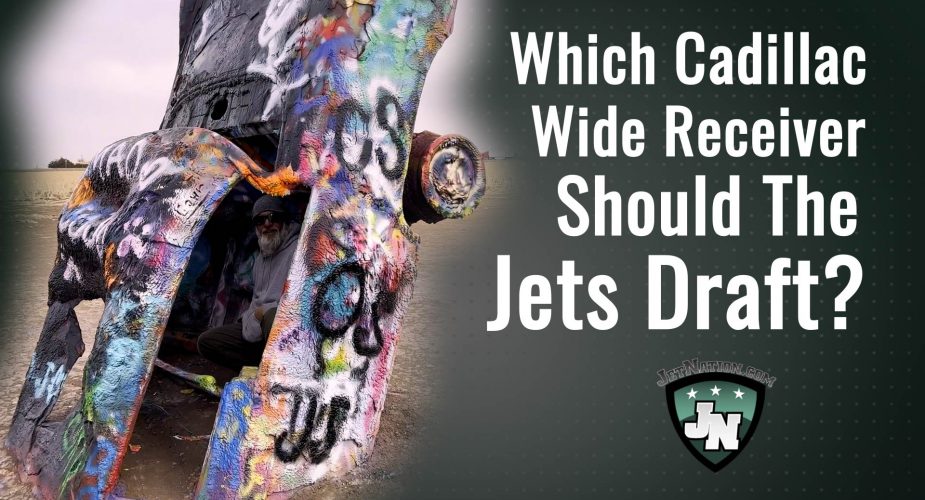 This week GreenBean and his RV are in Cadillac Ranch in Amarillo Texas.

Free agency saw so many positive moves with the signings of right guard Laken Tomlinson, two tight ends in CJ Uzomah and Tyler Conklin. Braxton Berrios is back, and the defense now has new pieces in CB DJ Reed, S Jordan Whitehead and Jacob Martin to rotate at Edge. Greg Zeurlein is here to add to the kicking competition.

That leaves us with the draft, Jamison Crowder has moved on to the Bills and the wide receiver position still needs to be addressed. Plenty of trade rumors with Amari Cooper and Tyreek Hill and neither one happened. Denzel Mims has lost the confidence of the fan base, but GreenBeans has some other thoughts on Mims. Even with Mims the Jets still have a hole at wideout.

Joe Douglas has said on record that “speed creates pressure and pressure bursts pipes”. The pieces are in place for long sustained drives. What they need to add to is the ability to take the shot. Have guys that the defense fears speed wise. Where does that leave the Jets heading into the NFL Draft? Watch the video and let us know what you think in the comments below.