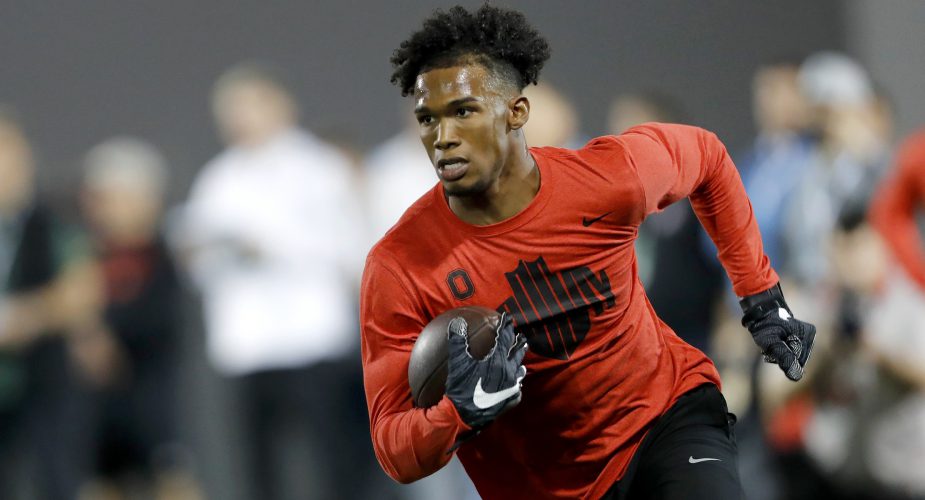 Garrett Wilson was a 5-star athlete, and #3 overall player in Texas coming out of high school. He was a three-year starter at Ohio State, totalling 2,213 receiving yards on 143 catches with 24 total touchdowns in his career. Wilson is an advanced route runner and separator with great short area quickness and very strong hands at the catch point. He possesses a large catch radius, and his ability to go up over defenders and pluck the ball is impressive for his size. He has the speed to take any play the distance, and confirmed that speed with a surprising 4.38 forty at the NFL Scouting Combine. In the run game, Wilson is a more than willing blocker, never afraid to make contact with a defender. His versatility is a strength, having played both on the perimeter and in the slot for the Buckeyes.

From a player skill set perspective, Garrett Wilson is similar to 2nd-year wideout Elijah Moore, so it will be interesting to see how the Jets view the class, and also how they want to build the offense around Zach Wilson. Assuming New York takes an offensive lineman or edge rusher with the 4th overall pick, Wilson would be an easy pick to make from a talent standpoint. New York has a tremendous need at the position after missing out on several veterans in Free Agency, and Garrett Wilson would be a day one contributor alongside Corey Davis and Elijah Moore.