Jets Release TE Ryan Griffin; Save $ Against the Cap 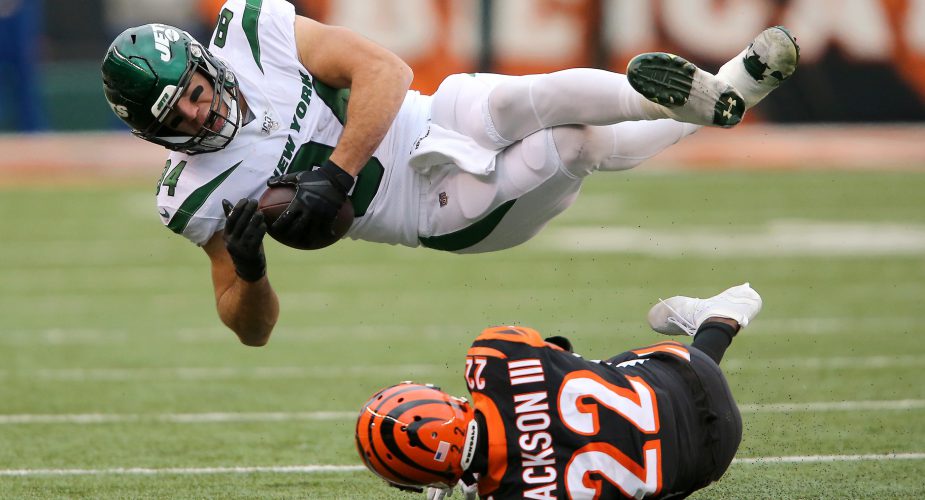 The NY Jets set out to upgrade the tight end room this offseason and they took a big step when they signed free agents C.J. Uzomah and Tyler Conklin. They made another move today, when they announced that Ryan Griffin has been released. This move saves the Jets 3 million against the cap.

The #Jets are releasing TE Ryan Griffin, saving $3M in salary cap space. The nine-year veteran had 70 receptions for 667 yards and 7 TDs in his three years with the Jets.

Griffin, who turned 32 in January, entered the NFL as Houston’s sixth-round pick, 201st overall, in the 2013 draft out of Connecticut. After six seasons with the Texans, he returned east to sign with the Jets as a street free agent in 2019.

Although the 6-6, 255-pounder spent time on Injured Reserve at the end of the ’19 and ’21 seasons, he was a solid contributor. In his first season with the Jets, he posted 34 receptions for 320 yards, both second-best season totals in his pro career, and caught a career-high five touchdown passes, including a game-high two in the midseason loss at Jacksonville.

Griffin this past season added 27 catches for 261 yards and TD grabs at Indianapolis and vs. Philadelphia last year, giving him a Jets career total of 70 receptions for 667 yards and seven TDs. For his career he has 206 catches for 2,158 yards and 14 TDs.

Check out our forums to see what Jets fans are saying about Ryan Griffin after the team released him.