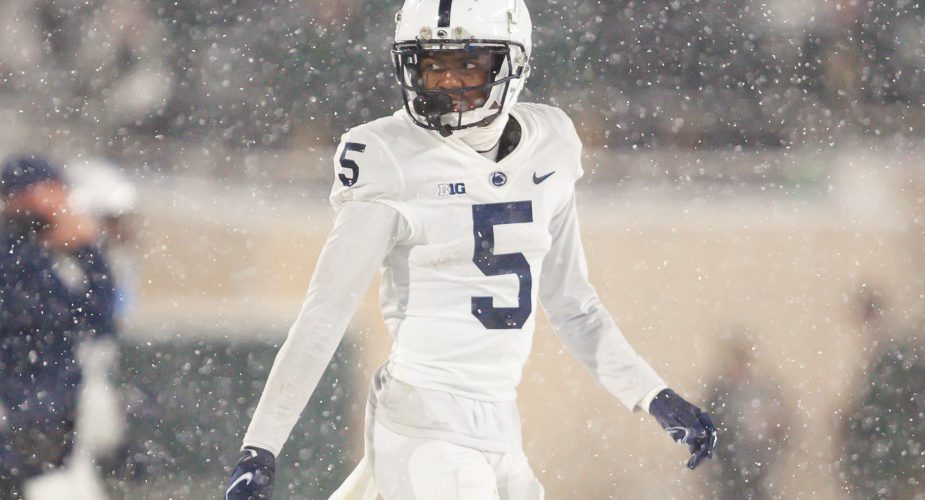 Jets GM Joe Douglas has made no bones about the fact that he wants to add another wide receiver to his roster.  Douglas put together a package that would have landed him Tyreek Hill, but the speedster chose the Dolphins instead. Douglas will most certainly keep looking, but a wide receiver in the draft is also a near lock.  With that in mind, we’re going to take a look at Penn State wide receiver Jahan Dotson. 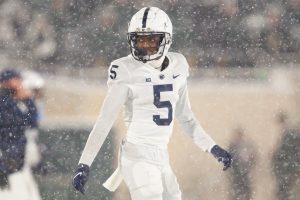 If you’re looking for a perfect fit for the Jets offense, Dotson is your guy.  A shifty receiver who combines excellent quickness and speed to create plenty of separation between himself and opposing Defensive backs.  And when Dotson doesn’t get separation, he boasts what we believe are the best hands in this class, allowing him to make ridiculous catches like this.

Some of the things Jahan Dotson does on the football field are just unfair. Best hands in this class. pic.twitter.com/mMDl7kAVBI

In his time at Penn State, Dotson lined up both inside and outside, making plays no matter where he was in the formation.  Dotson stressed opposing defenses from the boundary and the slot, showing off elite acceleration to make plays deep down the field.

If you're not ready for Jahan Dotson to go from 0-60 in the blink of an eye, it's gonna' be six for the offense. Fantastic acceleration. pic.twitter.com/1XYe1qg0OC

In what was probably his best game of the 2021 season, Dotson posted 242 yards and 3 touchdowns on 11 catches against Maryland, beating NFL hopeful Nick Cross for a deep TD at one point.  The safety lined up against Dotson who ran an in and up that spun Cross around and essentially took him out of the play.

Dotson on the deep ball gain. This time runs an in and up out of the slot spinning Maryland safety Nick Cross around, making him a non-factor with a better throw. pic.twitter.com/s9jzpxOG0h

Despite being just 5′ 10”, Dotson’s ability to shake defenders and/or keep a play alive to make tough catches, means he’s also a threat in the red zone.  A fair comparison to Dotson could very well be current Jets wide receiver Elijah Moore despite running a “slower” 40 than Moore’s 4.32.  Adding Dotson would give the Jets another receiver who can beat defenses lined up inside and outside on any part of the field.

As a blocker, Dotson would fit in the ‘not dominant but more than willing” category which does have some value as he’s not the liability some receivers are in that respect.

Given his all-around skill set it’s hard to imagine Dotson falling to the Jets in the second round but as receivers like Chris Olave and Christian Watson continue to climb draft boards, a wide receiver with first round talent is bound to fall to the second round.  If it’s Dotson, the Jets shouldn’t waste any time in making him a Jet.