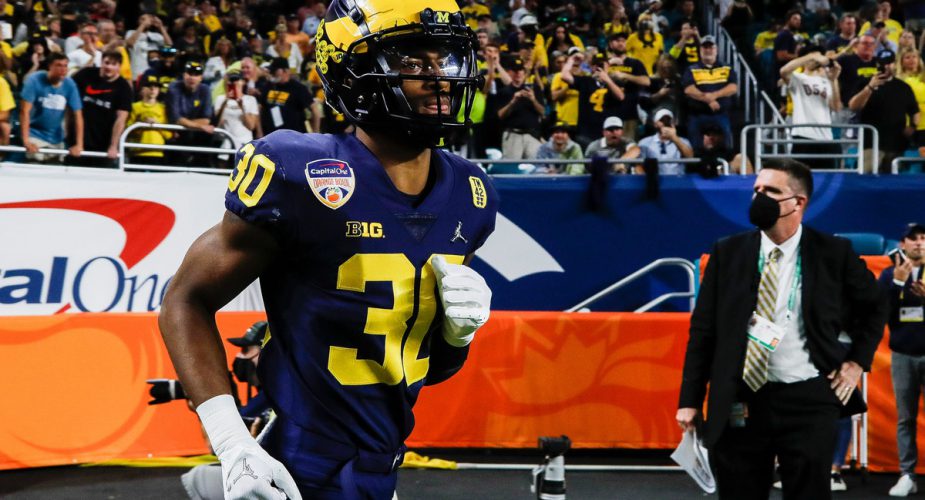 Daxton Hill was a 3-year player for Michigan, playing in 32 total games for the Wolverines. Throughout his college career, Hill was used at slot corner (580 snaps in 2021, per PFF), perimeter corner (19 snaps), free safety (80 snaps), and box safety (132 snaps). His versatility coupled with his athleticism allow him to match up against bigger slot players, as well as play the deep safety role over the top. He is a very good tackler, with incredible click and close to trigger downhill on the ball. Hill played both man and zone at Michigan, so scheme specificity is not an issue. He also has high-level instincts, able to read and diagnose a play quickly and react the correct way.

The Jets have a glaring hole at the safety position, and, despite what many believe about the secondary, is arguably a more important need in Robert Saleh’s defense. Daxton Hill is a player that provides a “swiss-Army knife” dynamic into a defense, being used at the leisure of the defensive coordinator. The Jets could, however, ask him to do one specific job in New York (Saleh preaches putting the “players on repeat”), and he would be an immediate starter at whichever position they chose. While there is hope he could be there at 35th overall, it is likely that the Jets would likely need to trade up into the backend of Round 1 to get him.