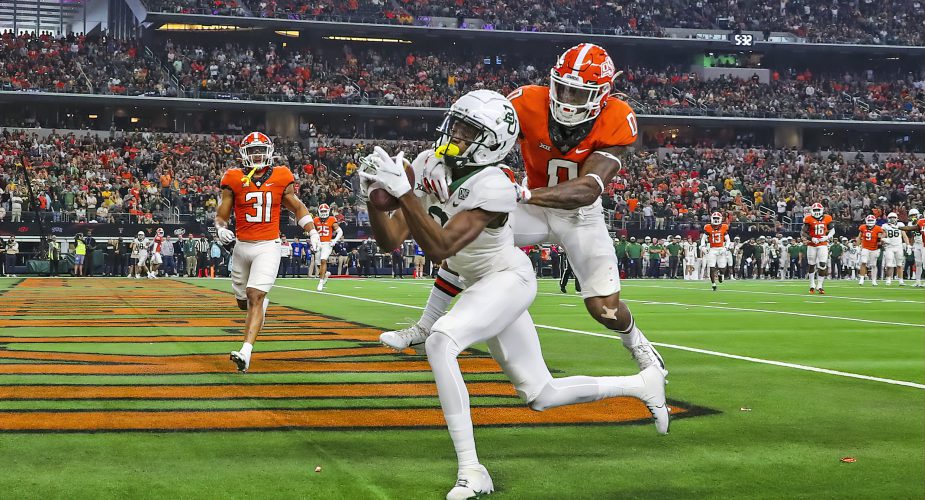 With the NFL draft just over a week away, JetNation.com continues to profile potential Jets draft choices as the offseason continues to unfold.

Gang Green’s desire to add a speedy receiver is well-known and believe it or not, there will be some options at wide receiver outside of round 1.  A look at some of the top receivers in the NFL today should give you some idea as to how important it is to use a top 10 pick at the position.  Today we’re taking a look at Baylor wide receiver Tyquan Thornton.

Having missed out on speedy Tyreek Hill earlier this off-season, the Jets will still be looking to add a home run threat for Zach Wilson to grow with.  Having run the fastest 40 at the combine this year at 4.28, Thornton has speed to burn.  It showed up on game day at Baylor and probably would have done so more often with better QB play.

Joe Douglas and the Jets clearly want to add a burner at wide receiver. Could this put Tyquan Thornton out of Baylor on the table? Ran a 4.28 in Indy and showed that speed at times on game day. pic.twitter.com/G4UHQWYhtF

Thornton has good size to go along with his elite speed, checking in at just over 6′ 2” at the combine.  On game day he also shows the ability to be more than just a burner who can run past defenders.  He’s able to make catches in traffic on intermediate routes and shows good body control when going up to get the ball in tight spaces.

Baylor's Tyquan Thornton looked to be more than just a burner, making several plays in traffic or tight spaces. Makes an impressive TD grab vs Oklahoma State with little room for error. pic.twitter.com/XNerwq7a7W

Thornton is still raw and didn’t really explode until his final collegiate season when he put up career highs in yards and touchdowns with 948 and 10 respectively.  He’ll have the occasional drop and will need some time to develop so don’t expect a team to use a premium pick on him.  But for a team in search of players who can stress secondaries and create scoring opportunities, Thornton should be on the Jets radar late in day 2 or early day 3.