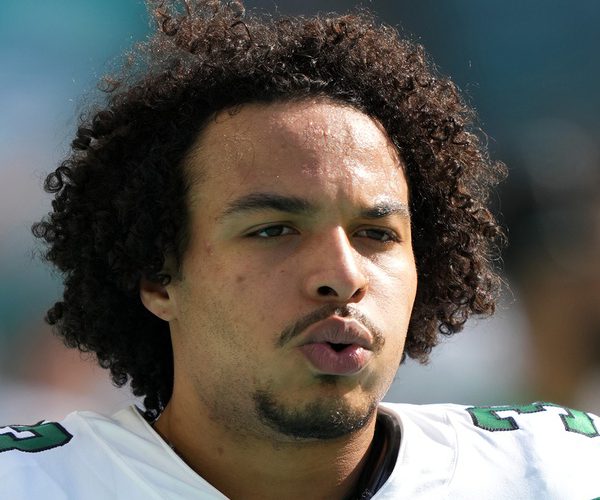 The Jets welcomed players back to Florham Park this week. There are two excellent photo galleries on the Jets site of the players 1) heading in the facility and 2) working out in the weight room. They are definitely worth checking out and as the team makes final preparations for the draft, they announced on Tuesday that the have signed four players.  All of their exclusive-rights free agents:

Here is the official press release from the team:

Guidry (5-10, 190) saw the most action of the quartet last season as a member of the Jets’ CB rotation. He had 45 tackles on the year — including a career-high 10 tackles in the overtime win over the Titans — along with three pass defenses and 1.5 tackles for loss. He was one of only Green & White defensive players to play in all 17 games, totaling 486 defensive snaps and 134 more on special teams. He’s played in 28 games (five starts) the past two seasons with 70 defensive tackles and four forced fumbles, all coming in 2020.

Riley (6-0, 205), the Army product who was signed off Philadelphia’s practice squad in November, started at safety in seven of the Jets’ last eight games last season. He had 45 tackles and 3.0 TFLs, with the first coming in Game 11 at Houston. The next week he scored his first pro sack and it came against his first pro team, the Eagles. Then came a career-high 10 tackles vs. New Orleans, then his first PD in Game 14 at Miami.

Ward (6-6, 255) was acquired on waivers from Kansas City before the start of the season and logged 191 defensive snaps in his 11 games. He finished the season with 12 tackles plus two breakups behind the line of Matt Ryan passes in the game against Atlanta in London.

Smith (6-1, 195) has seen action the past three seasons since signing with the Jets as an undrafted free agent out of Boston College after the 2019 draft. In 12 games (three starts) last season, Smith had eight receptions for 113 yards. For his career, in 25 games (seven starts) and 550 offensive snaps he’s registered 26 catches for 292 yards.