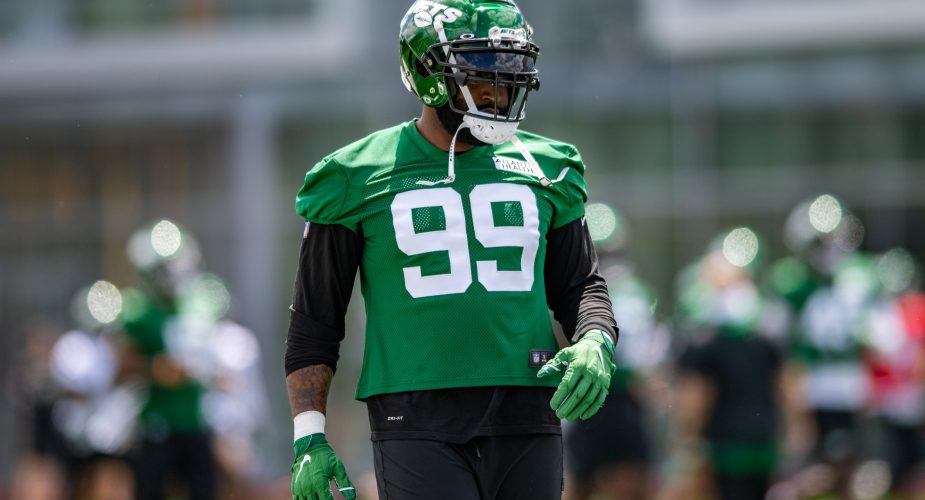 The team announced that they are bringing back Vinny Curry and according to PFT they have also signed Marcell Harris.

Curry (6-3, 279) signed with the Green & White last March and was placed on the reserve/NFI list on August 24, which ended his season. He’s now entering his 11th NFL season after spending eight of his first nine years with Philadelphia and one season with Tampa Bay in 2018. Curry, who is from Neptune, NJ, has played in 123 regular-season games in his career with 28 starts and has totaled 32.5 sacks, 92 QB hits and 194 tackles.

He was drafted in the second-round in 2012 out of Marshall and has started 28 of the 123 games he’s appeared in. Curry adds postseason experience with three starts in the ’17 postseason, including in Philly’s win over New England in Super Bowl LII.

Harris is familiar with head coach Robert Saleh from their shared time with the 49ers. Harris was a sixth-round pick for San Francisco in the 2018 draft and appeared in 52 games with 20 starts for the franchise over the last four seasons.

Harris started his career as a safety, but transitioned to linebacker in 2021. He was a rotational player on defense, playing 31 percent of the unit’s snaps last season. He also was a heavy special teams contributor, playing the majority of snaps on the unit in the last two years.