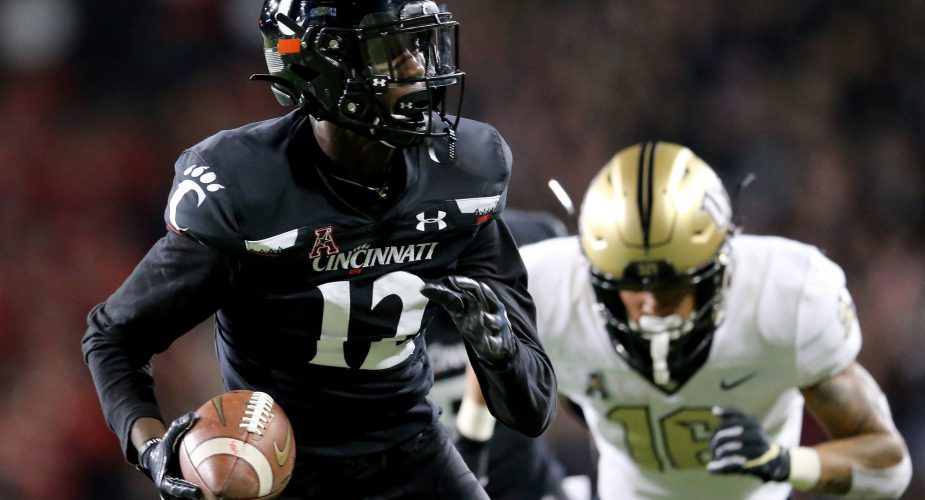 The New York Jets wrap up the 2022 draft after three days of selecting what many expect to be some seriously high performing players.  The praise has been pouring in from the moment the Jets kicked things off with Sauce Gardner on day one, all the way through to Michael Clemons, their final draft choice.  Our Grades?

This was a need and the Jets silenced the pundits who said Robert Saleh doesn’t value the cornerback position.  In Gardner the Jets get the best corner in the draft who possesses a fantastic combination of height, length, speed, smarts and discipline.  All of that is the reason why Gardner didn’t surrender a single touchdown throughout the course of his college career.  He’s a day 1 starter.

Another candidate for “best in class” and this time it’s at wide receiver.  Adding a player of Wilson’s caliber to Zach Wilson’s list of weapons should go down as a very popular decision in the coming years.  Wilson adds another dynamic play maker to a team that suddenly has a fair number of them.  Wilson’s excellent hands, ability to create separation and 4.38 speed after the catch make him a home run threat along with Elijah Moore.  The Jets receiver room today may be the best young group they’ve had in decades and could eventually go down as their best ever.

Call us homers if you will with three consecutive “A+” grades, but what can we say?  An edge rusher who was NFL Network Daniel Jeremiah’s 9th ranked player with pick 26?  That alone would make it an “A”, but the fact that Johnson addresses a decade-long problem in not having an edge rusher gives it a little bump.  An explosive presence who should fit this defense like a glove.  Johnson is also a better player against the run than most realize.

At this point we actually want to give something less than an A+, but this pick is what it is.  Once again, the Jets get a player who is viewed by many as the best at his position in the class and fills a need for Gang Green.  Sure, they have Michael Carter, but he’s not a 20 carry per game guy, so the Jets were always going to need a compliment.  Instead, they go out and get a guy who will likely win the starting job.  Hall’s rare combination of size, speed and agility gives the Jets yet another big time home run threat.  Over his past two seasons at Iowa State, Hall found the end zone a total of 46 times (41 rush/5 rec).

While Ruckert may not be as much of a need as those players selected before him, he could be the best tight end on the roster in the coming years.  His presence gives the Jets a third tight end who doesn’t have to come off the field based on play call.  He can catch the ball out of the slot, out wide or in line.  He’s an excellent blocker out of the traditional “Y” spot and can also get the job done as a FB or H-back.  His ties to Long Island and being the product of a family of Jets fans make him an instant favorite.

Even with two tight ends signed this off-season, the Jets picking up Jeremy Ruckert is a solid move. Gives them a young player who can play all 3 downs and have an impact in run and pass game. pic.twitter.com/NhOot2LMxh

Mitchell will slide in as the team’s swing tackle as he has experience at both tackle spots as well as left guard.  On film you see a player who has to do a better job of dropping his anchor against bull rushers but who does a nice job of finding his target on the second level in the run game.  The questions surrounding Mekhi Becton’s health and George Fant currently having just one year left on his deal make this pick a must.

Clemons jumped out to us on film while checking out Texas A&M to get a look at Kenyon Green and he jumped off the screen.  Clemons was a force in the Aggies contest against Alabama so we did a bit more digging.  What was saw from Clemons was a player who consistently applied pressure to the quarterback against some high end blockers.  He has the type of motor the Jets were looking for and put his long limbs to use in getting to opposing quarterbacks and ball carriers.

Mentioned Clemons a couple weeks ago as one of a few players I thought should be getting more attention. Good size and motor. Had a monster game vs Alabama in 2021. https://t.co/N1gOVSniYN pic.twitter.com/W6nbaLklUr

Douglas couldn’t have done much more than he did over the past three days.  He gave his young quarterback some legitimate game breakers on offense and made life a lot easier on his defensive staff.  Robert Saleh watched his team surrender over 500 points last season but between the draft and free agency, has a whole lot more to work with in slowing down opposing offenses.