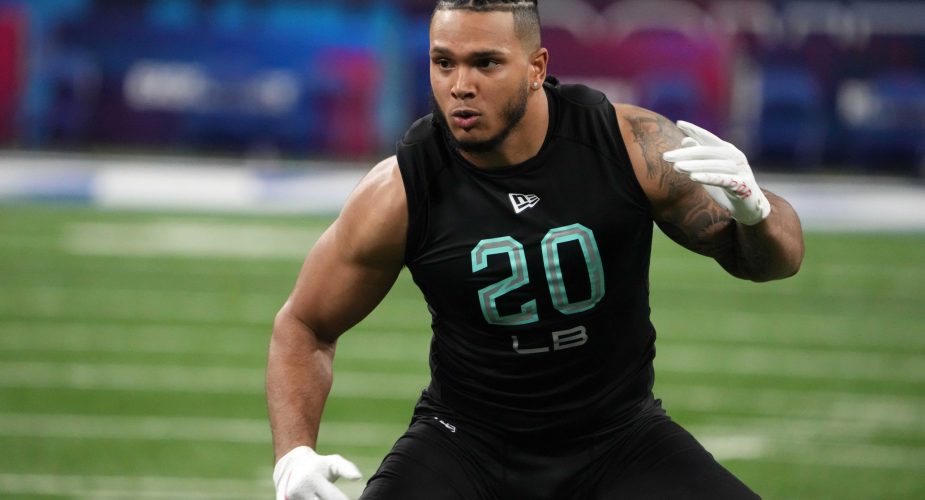 There’s not a fan base in the world that hasn’t done it at one time or another.  It doesn’t matter if you support a consistent powerhouse or a perennial doormat.  You’ve almost certainly sat down after the NFL draft to look at your team’s haul and found a way to convince yourself that this class is going to be the one.  This is the class that’s going to net four or five or six high-level starters.  It might even net you a couple of back-ups, but this is the one.  And more often than not, you’re wrong.  If you’re a Jets fan, you’re dead wrong.

So while Jets fans find themselves in the familiar position of telling themselves that this draft class is “the one”, there’s a belief that the could actually….be right?  Instead of seeing their GM load up on interior defensive linemen while hoping the likes of ArDarius Stewart, Jalen Saunders or Shonn Greene can be the future on offense, the Jets made adding firepower a top priority under GM Joe Douglas.

This time around it’s a pair of blazing fast receivers, one of whom has already shown he can play in Elijah Moore who will now pair with Garrett Wilson.  Instead of mid-to-late round fliers, the Jets snagged highly touted and productive players.  Same goes for running back where rookie Bryce Hall and his sub 4.4 speed will join second-year back Michael Carter in pounding the ball behind an offensive line that has been completely re-built in just a few short years under Joe Douglas.  The likes of Eli McGuire and Trenton Cannon in the rear-view mirror.

The tight end position has been upgraded by drafting fan favorite Jeremy Ruckert out of Ohio State after the Jets signed a pair of free agents in CJ Uzoman and Tyler Conklin.  Trevon Wesco hasn’t worked out and Chris Herndon was shown the door after a promising rookie season.

Gone are the days of Brandon Shell, Dakota Dozier and Oday Aboushi.  Instead, it’s now free agent stud Laken Tomlinson and a pair of blue chip picks in Alijah Vera-Tucker and man on a mission Mekhi Becton.  Those two players picked in the first round at 14th in 2021 and 11th in 2020 respectively.  Becton’s health remains a huge question mark, but he’s sure looking the part while working out this offseason with offensive line guru Duke Manyweather in Texas.

For a player as gifted as Becton it’s the little things that matters.

If he continues to improve his technique and maintain his health, I believe he can be a Hall of Famer #Jets pic.twitter.com/tGkrIKvdIg

On defense it’s more of the same.  Rather than ignore the edges in the draft, the Jets doubled up by grabbing Florida State’s Jermaine Johnson in round 1 before grabbing Texas A&M’s Michael Clemons.  That pair will team with Carl Lawson who is coming back from a major injury.  With that trio on the edges, former first-round pick Quinnen Williams should be primed for a career year along the interior defensive line.  And using the fourth overall pick on Sauce Gardner won’t hurt mattes either.

Mentioned Clemons a couple weeks ago as one of a few players I thought should be getting more attention. Good size and motor. Had a monster game vs Alabama in 2021. https://t.co/N1gOVSniYN pic.twitter.com/W6nbaLklUr

Will every pick pan out?  Certainly not.  Some will bust, some will thrive, but one thing we know for certain is that if this crop of young Jets fail, it won’t be for lack of a GM willing to aggressively pursue top talent at premium positions.