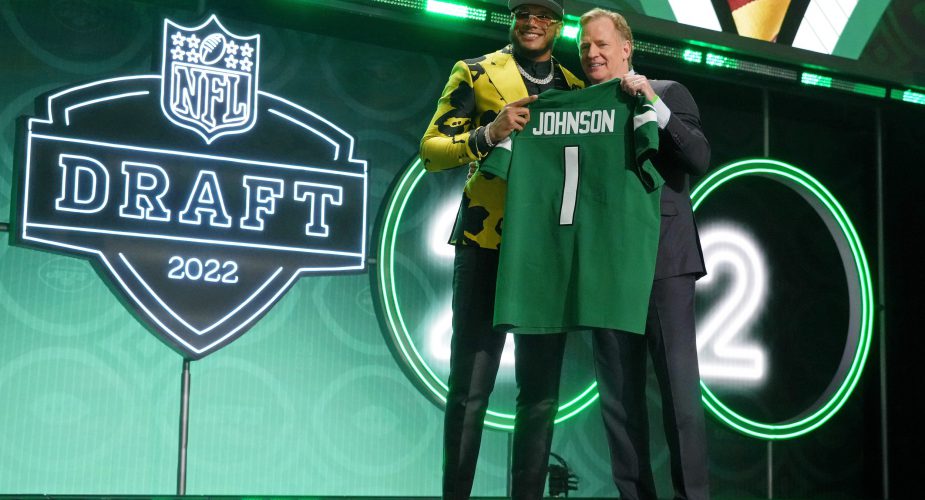 The Jets have signed first-round draft pick Jermain Johnson, per several sources. Johnson, who the Jets traded back into the first round to select, will reportedly receive a four-year fully guaranteed 13.08 million dollar contract. The Jets will have a club option for a fifth year should they choose to exercise it.

Johnson (6-4, 254) played at three schools in five seasons, wrapping up at Florida State in 2021. He started at Independence Community College for two seasons before transferring to Georgia for a pair and Florida State for one. He was named the ACC Defensive Player of the Year in 2021, leading the conference with 12 sacks and 18.5 tackles for loss to go with 2 forced fumbles and 2 pass defenses.

Johnson is the ninth FSU player drafted by the Jets all-time and the second in Round 1. The first was Marvin Jones, who was taken fourth overall in 1993 and went on to log 129 starts and 142 games played at middle/inside LB. Other notable Seminoles drafted by the Green & White: CB Bobby Jackson in the sixth round (140th overall) in 1978, WR Laveranues Coles in Round 3 (78th) in 2000, and RB/KR Leon Washington, now the Jets’ assistant special teams coach, in the fourth round (117th) in 2006. Current Jets LB Hamsah Nasirildeen also was a Florida Stater before coming to the Jets in Round 6 last year.

It’s a four-year, $13.08-million, fully-guaranteed contract with a fifth-year option.

The Jets have signed 26th overall pick Jermaine Johnson II, the team announced. It’s a four-year, $13.1M contract for the former Florida State DE, per @spotrac. It includes a $6.7M signing bonus. It also has the standard fifth-year option. #Jets

Stop by our forums to read more and see what Jets fans are saying about Jermaine Johnson.