Philosophy Focus: How this Position will Impact the Jets Offense 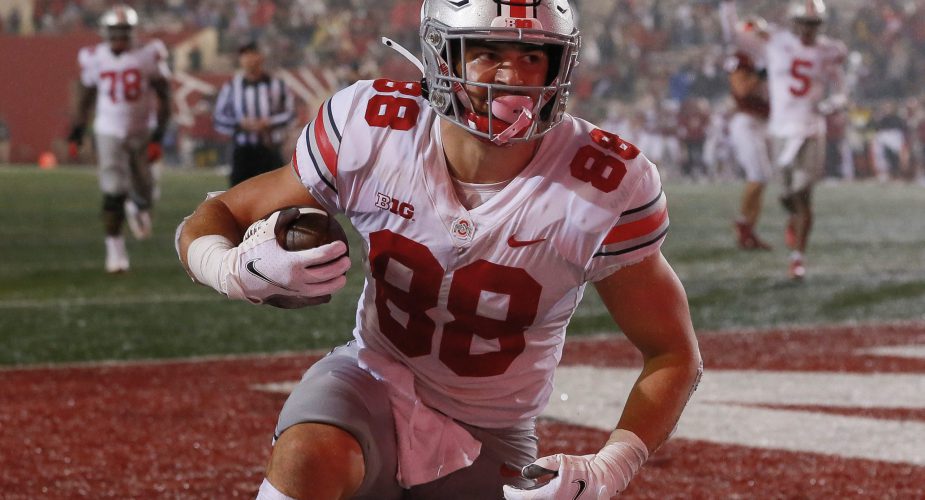 After the offensive roller coaster that was the 2021 season, Jets offensive coordinator Mike LaFleur looks to build off the highs and learn from the lows of last season.  As LaFleur begins his second year as play caller for the Jets, he has to introduce several new faces to the system. In total, Gang Green added five new skill players via free agency or the draft; RB Breece Hall, WR Garrett Wilson and TEs C.J. Uzomah, Tyler Conklin and Jeremy Ruckert. Ultimately, it is LaFleur’s job to put them in the best possible position to succeed. Given the fact that three of the new additions are tight ends, it appears as if LaFleur and the Jets offense could be gearing up to have a refined philosophical approach.

Garrett Wilson is a New York Jet! Go read up on my WR1, and clearly he was for them too. So excited for this pick. Sauce and Wilson is a great haul in Round 1. #TakeFlight

Despite having a below average group of tight ends in 2021 that featured Tyler Kroft, Ryan Griffin and Trevon Wesco, LaFleur used multiple tight end personnel groupings on nearly 22% of the Jets total offensive plays. Now, with a revamped unit, this number could (and should) realistically rise. Looking at the Jets’ top-4 personnel groupings based on usage in 2021, here’s how the offense could shake out in 2022.

The “default” personnel grouping for most teams is 11 Personnel, which simply means 1 RB and 1 TE, meaning you have 3 WRs to round out your five skill players. The Jets were exactly league average (61%) with their usage of “11”, and while this number is likely to come down, it will still remain the primary grouping for LaFleur. The NFL is a pass-heavy league, and typically that means more receivers on the field.

The Jets invested heavily in the tight end position, so it would be wise to utilize them, and 12 Personnel is the most ideal way to do it. This would allow both Uzomah and Conklin to be on the field together, providing instant relief for Wilson over the middle. While this number may seem high, LaFleur’s older brother Matt, the head coach in Green Bay, used 12 Personnel groupings on 29% of the Packers plays in 2021.  Will he be following older brother’s blueprint?

Believe it or not, in this era of football, the Jets actually want to utilize a fullback. In the 8 games he appeared in in 2021, Nick Bawden averaged 12.25% of the team’s offensive snaps. Moving forward, this should continue to be the case if they want to be a true “run to set up the pass” offense. New York may also run a “pseudo-21” with Trevon Wesco or rookie Jeremy Ruckert playing fullback, or H-back, instead of Bawden.

Don’t expect the Jets to use a ton of 13 Personnel, but it’s important to stress that they are now capable of running this more frequently due to the marked improvement at the tight end position. After running the ball on a lean 37% of total plays in 2021, utilizing the new additions at tight end, as well as rookie running back Breece Hall, should boost New York’s rushing attack that had a league-low 380 attempts last season.

Go read up on all the @seniorbowl offensive players for the Jets team! I think fans will fall in love with players from each category. I particularly like TE Jeremy Ruckert and RB Jerome Ford. Let me hear your thoughts! 🏈📓#JetsDraftStartsInMobilehttps://t.co/kcGwT4ejc8

Due to the lack of production from the tight ends in 2021, New York was forced to use wide receiver-heavy sets far too often. The usage of 10 should take a reasonable dip this season due to the depth added at both tight end and running back.

Going from a league-worst unit to a reasonably impressive tight end group (on paper) should have a tremendous effect on Zach Wilson and the offense. While it may not be the “sexiest” approach to offensive football, it should not be overlooked just how important the tight ends are to LaFleur’s scheme. Look for Uzomah, Conklin, and even Ruckert, to establish their presence quickly in 2021.