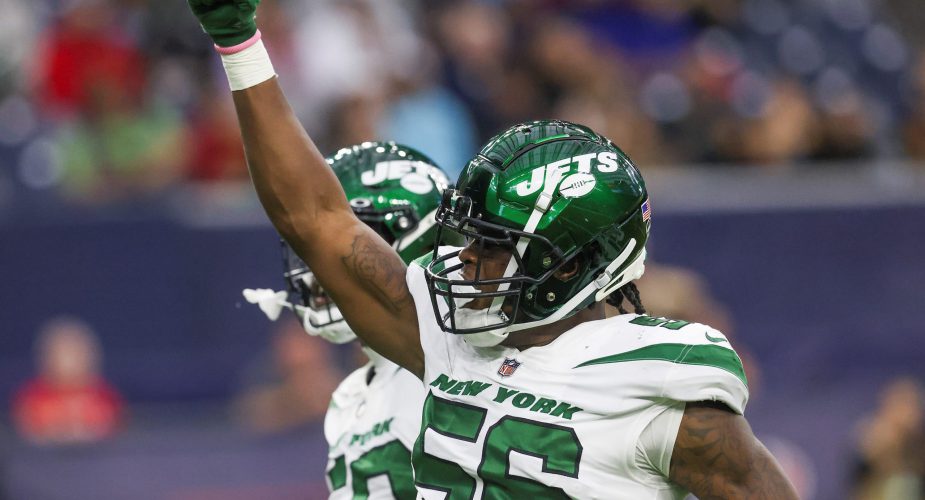 There may be some things lacking in Jets linebacker Quincy Williams’ game, but confidence isn’t one of them.

Meeting with Jets reporters yesterday during mini-camp, Williams said that he was going to “speak it in to existence” and predicted “I will be a pro bowl player this year”.   It’s a bold prediction, but who can blame Williams for feeling good about his game?

"I will be a Pro Bowler this year"

After joining the Jets just before the 2021 season kicked off, Williams established career-highs across the board.  His 13 starts, 110 tackles (73 solo), 9 tackles for loss, 2 forced fumbles and 2 sacks were all personal bests.  Hoping to get out of the shadow of his older brother, Jets DT Quinnen Williams, Quincy is carving his own path.

There were those who expected the Jets to add a linebacker via the draft, but team appears happy to run things back with Williams at linebacker.  Playing for a coach with the intensity of Robert Saleh, it’s easy to understand why.  In addition to putting up all of the aforementioned numbers, Williams made some bone crushing hits that fired up teammates and fans alike.

Quincy Williams is going to hurt somebody at some point. Hit's like a freight train. Second forced fumble of the day here. pic.twitter.com/9GIgbaTtUf

With a year under his belt in what was a new system last season, Williams should be that much more comfortable and ready to step back in to his starting role.  The pro bowl may be a long shot, but we wouldn’t rule it out completely.