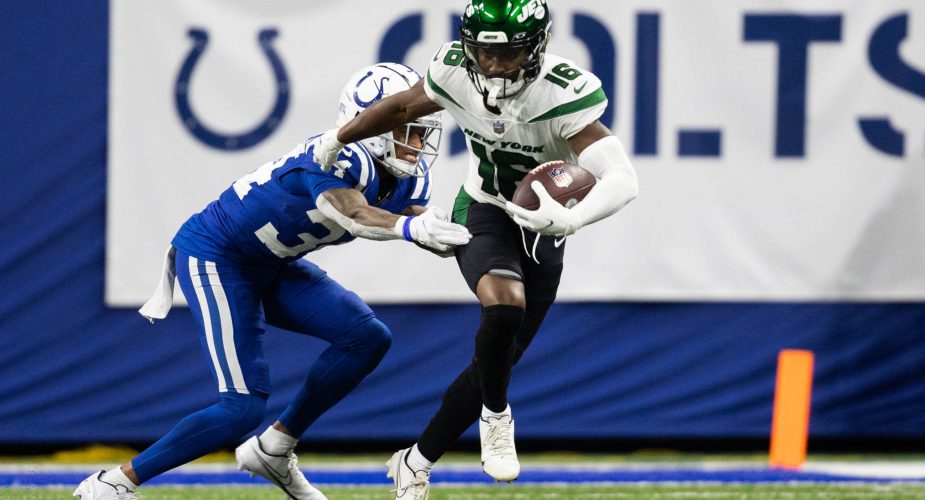 Full disclosure…there’s a good chance I’m a bigger Jeff Smith fan than most.  In three years with the Jets, the undrafted receiver has managed to produce just 26 receptions for 292 yards without a touchdown.  In year’s past, Smith’s path to the 53-man roster didn’t present as many obstacles as the 2022 version, which means Smith has to step up his game.

After drafting Garrett Wilson in the first round of the NFL draft after a season in which Elijah Moore cemented his spot at the top end of the depth chart, wide receiver spots on the roster are dwindling.

Gone are the days of competing with Jaleel Scott and Josh Malone with Jamison Crowder and Braxton Berrios leading the way.  There are now at least four wide receivers locked in to make the roster in Wilson, Moore, Berrios and Corey Davis.  This leaves just a couple of spots for Smith to fight for.  And if the early results in mini camp are any indication, he’s fighting pretty hard.

Zach Wilson’s play of the offseason — a (roughly) 50-yard TD to Jeff Smith in 7 on 7. It was a dime. Wilson dropped it in the bucket beautifully. Several teammates celebrated. Major-league throw. #Jets

One-handed grab, back corner of the end zone, TD, Zach Wilson to Jeff Smith 25-30 yards-ish. Solid coverage by Isaiah Dunn, stride for stride, but the placement was perfect, timing in rhythm. #Jets

The converted college QB at Boston College, Smith has blazing speed that he hasn’t been able to take full advantage of due largely to his inexperience and what has been mostly putrid quarterback play since becoming a Jet.

Jets had some opportunities to hit on some big plays with Jeff Smith last year but QB's were just off the mark. pic.twitter.com/8C79sjJ8kc

Working is Smith advantage?  He has a year in the system so he should have a good grasp of the offense.  Having been a quarterback at BC, he offers the possibility of being a gadget player which is probably something Mike LaFleur is a proponent of.  Smith’s physical profile is also a good fit for what the Jets do on offense as a player who is quick in and out of his breaks and could be a threat after the catch if quarterbacks can finally get him the ball.

Perhaps most impressive about Smith thus far is his overall journey.  Despite not getting on the field as a rookie, he still managed to stick.  That’s not something you see every day.  And having now been with the team for as long as he has, he has managed to impress multiple GM’s and head coaches who all saw the value in retaining Smith.

Now it’s about Smith continuing to fight his way onto a roster that suddenly has infinitely more talent than when he first arrived.