Jets Linebacker Looking to Bounce Back From Disappointing Rookie Campaign 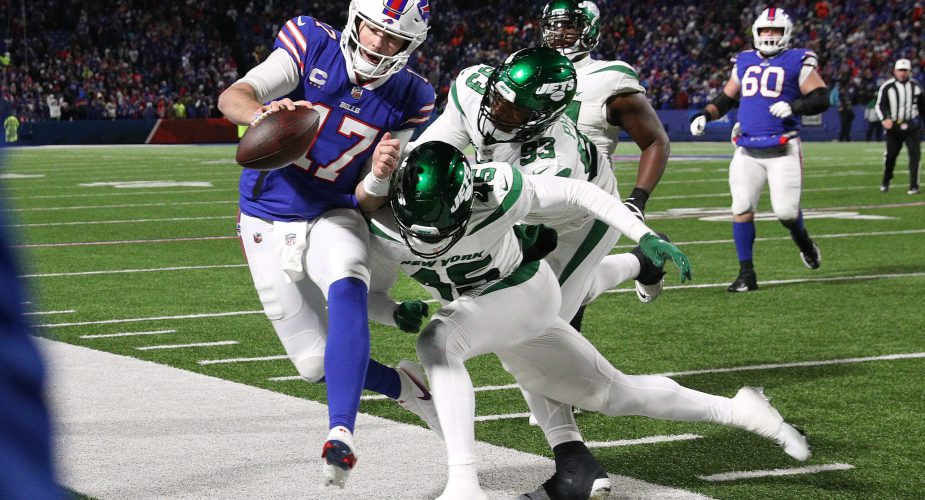 It’s not very often one might consider a day three draft pick a huge disappointment after their inaugural NFL season.  After all, few players taken that late in the draft pan out at the pro level.  The second their name is called that late, the clock is ticking and expectations are low.  Any contribution is considered by many to be icing on the proverbial cake.  But for Jets linebacker Hamsah Nasirildeen, things were a bit different in 2021.

A college safety who excelled at Florida State, Nasirildeen fell in the draft due to injury concerns.  The Jets scooped him up in the sixth-round as he recovered from the torn ACL he suffered in his final collegiate season.  Nasirildeen did generate some buzz at the senior bowl, but it wasn’t enough to get him picked in the early rounds.

I feel comfortable saying Hamsah Nasirildeen has been the best player in Mobile this week. pic.twitter.com/VKwy24gQXk

Following his selection, the Jets let it be known that Nasirildeen would make the transition from safety to linebacker for Robert Saleh and Jeff Ulbrich.  When training camp kicked off, it was Nasirildeen getting the starters reps at outside linebacker.  This, after getting the bulk of the reps during the team’s rookie camp.  Come pre-season, it was still Nasirildeen running with the starters.  It looked as if the Jets had themselves a steal.  A sixth-round draft choice who locked up a starting spot in a hurry.

When the team opened the 2021 season, there was Nasirildeen, starting on defense to make his NFL debut.  He would finish the day with 3 tackles, none of the solo variety.  One week later, he would start his second NFL game.  Only this time, he wouldn’t finish it.  Nasirildeen would find himself on the bench after just 18 snaps.  And those were the last snaps he would play on defense until weeks 17 and 18 when he would play 5 and 6 snaps respectively.

With training camp getting ready to kick off in just over a month, it’ll be up to Nasirildeen to get back in the good graces of the coaching staff to work his way back on to the field.