Even With a Dominant Pre-Season, Jets’ Becton Could Land at Right Tackle 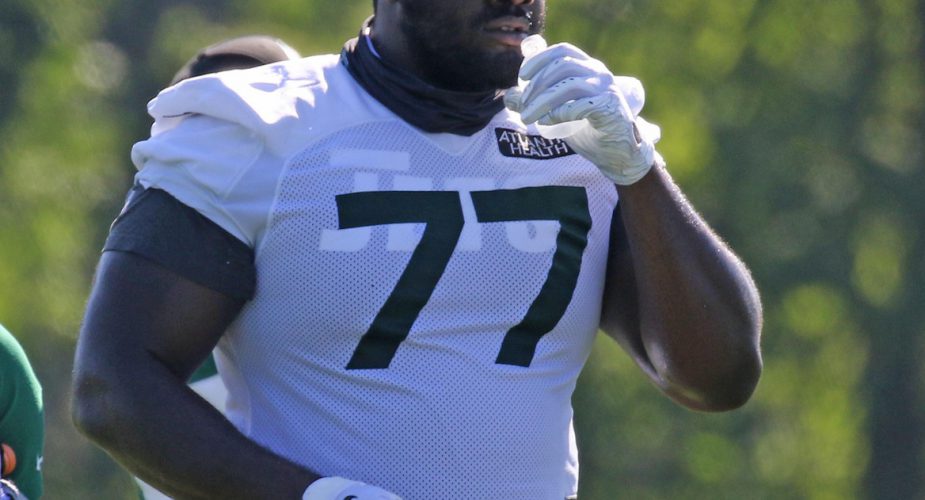 The Jets are in a precarious situation with offensive tackle Mekhi Becton.  The big man is coming off of a season-ending injury that knocked him out for all but a few snaps of the 2021 season.  In his place, George Fant stepped in and was one of the better left tackles in the NFL.  This of course put Becton’s future at left tackle in doubt.  When asked if Becton was guaranteed to get his old job back, head coach Robert Saleh offered no guarantees.  It was going to be a head-to-head competition for the left tackle spot.

So as Becton prepares to start his third career training camp, is there a way he could dominate on the left side but still end up on the right?  That all depends.

The season Fant just had a left tackle was by far his best as a pro.  And while Becton was drafted to play left tackle, he did play a fair bit of right tackle in college.  Were Becton to outplay Fant on the left side, that doesn’t mean it would be in the team’s best interest to play him there.

If the Jets believe Becton will be a better player at right tackle than Fant, and that Fant’s best work comes on the left side, it could make sense to move Becton.  Given his physical brand of play, pairing Becton with Alijah Vera-Tucker could be a boon for the run game.  In looking at how well Michael Carter ran the ball last season and the tools Breece Hall brings to the backfield, the potential for a high-level rushing attack is in play.

Becton will enter the season as one of the team’s biggest question marks, both literally and figuratively.  Another question of course will be the progress of quarterback Zach Wilson which will be a primary story line in just a couple of weeks.