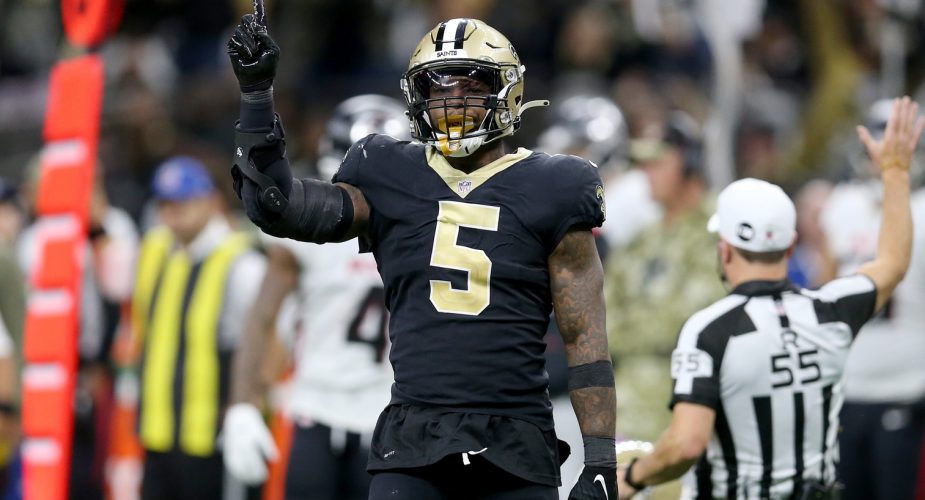 Word came down yesterday that the Jets made another move in free agency and signed LB Kwon Alexander. Today the team officially announced the move. They also released LB Javin White.

White (6-2, 211) signed with the Green & White last December from the Raiders’ practice squad. He originally signed with Las Vegas as an undrafted free agent out of UNLV in 2020 and played in four games. He had 4 tackles in 6 career games on 12 defensive snaps (68 on special teams).

Robert Saleh spoke to the media today and gave these thoughts on Kwon Alexander.

He’s another veteran to add to that young linebacker group. He’s a ball of energy, great leadership. Can play both Will and Sam. Love him. Obviously, we have the history in San Francisco, but he’s a special young man.

We’ll see where he’s at. He obviously wasn’t here for OTA’s. We’re going to work him up the next two days, today and tomorrow, and just see where he’s at so we can set a schedule for him next week. But no expectations except to do what he always does, which is bring a lot of juice, lot of energy, plays his absolute tail off, and we’ll let day by day go and see where it ends up.

Here is a thread where Jets fans are talking about this move in our Jet Nation message board.