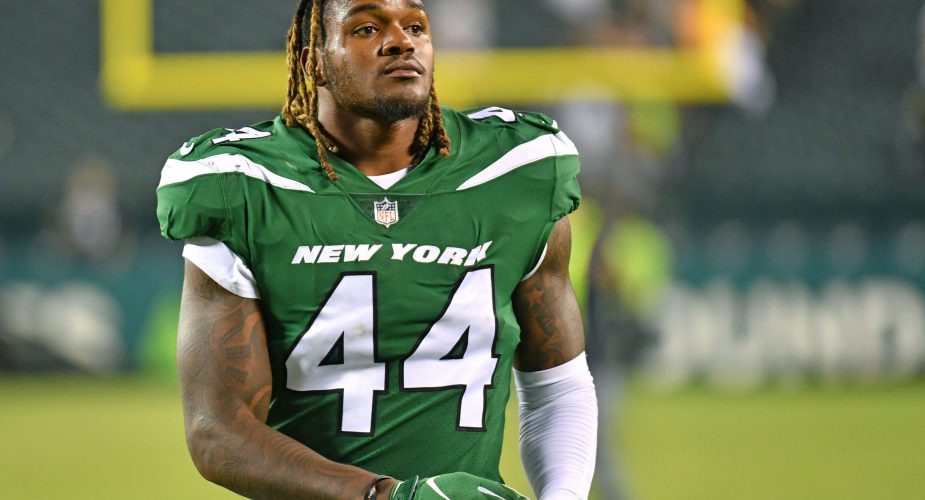 When Joe Douglas decided to draft a pair of college safeties in 2021 before making it clear that neither player would in fact play safety, it opened some eyes.  After selecting Jamien Sherwood and Hamsah Nasirildeen out of Auburn and Florida State respectively, the Jets made it clear that both players would be moving.  Linebacker would be the new position for both players as the Jets looked to get faster and more athletic on defense.

The journey has been a bumpy one for both players.  Nasirildeen was handed the starting job at outside linebacker last season.  That lasted all of six quarters.  Nasirildeen was nailed to the bench after week two as Sherwood looked to be ascending.  Impressing coaches early on, he was given his first NFL start.  It would be a week 5 game at inside linebacker in place of the injured CJ Mosley.  But it was over before it really began.

It took just a few plays before Sherwood found himself injured and out for the rest of the season.  A torn achilles tendon ended Sherwood’s season prematurely.  But if this past weekend’s performance was any indications, Sherwood is back to 100%.

Because he was injured so early on, Jets fans have seen very little of Sherwood at linebacker.  So while the sample size may be small, it’s fair to say he looked like a much improved player against the Eagles.

Nice game for second-year linebacker Jamien Sherwood who probably looked better than he did at any point last season. Comes up with the big run stuff here on 3rd down and 1. pic.twitter.com/nDpBKR115s

Sherwood finished the game with six tackles and was consistently around the ball while on defense.  He has plus coverage skills as a converted safety and hasn’t shown any signs of hesitating to stick his face in the fan around the line of scrimmage.

Should Sherwood emerge as a dependable linebacker, it will have come at a perfect time.  As it stands, the Jets have very few options at the linebacker spot.  And of the options they have, CJ Mosley is no spring chicken, Kwon Alexander is on just a one-year deal and Quincy Williams still runs hot and cold.  A young, versatile linebacker who has some years left on his contract is exactly what the Jets can use.

Will Sherwood be able to fit the bill?