Five Surprise Jets who Could Land on 53-Man Roster 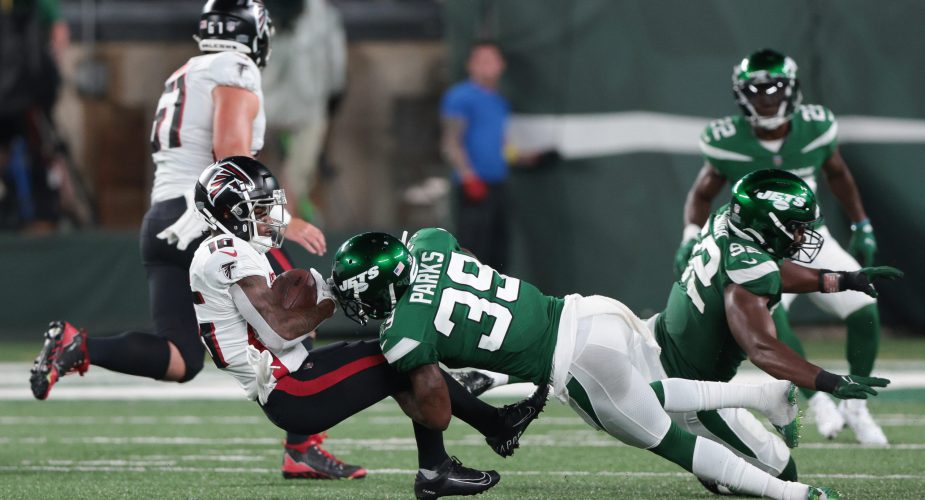 With two of their three scheduled pre-season games in the books, the Jets have had some pretty impressive performances turned in from some unexpected players.  Who are they, why have the stood out and what does it mean?

QB Chris Streveler: While Streveler has only seen action against opposing third and fourth-string defenses, you can’t overlook what he has done.  The QB has remained calm under pressure, made plays with his arm and legs while leading the team to a pair of come from behind wins.  Streveler was a successful CFL quarterback and has thrown a handful of NFL passes.  If he doesn’t make the Jets roster, he’ll almost certainly get picked up before he makes it to their practice squad.

TE Lawrence Cager: Cager is quite the story.  The former undrafted free agent wide receiver had cup of coffee with the Jets a few seasons ago before being cut loose.  Now back after moving to tight end, Cager has shown himself to be a reliable target and a weapon in the passing game.  Cager has also been better than expected as a blocker.  It would be hard to imagine the Jets not keeping him around as an additional weapon.

Always believed Lawrence Cager had excellent hands. Biggest question with transition to TE was going to be his ability to block. Picks up a key block here on a Perine run late in the game. pic.twitter.com/HwV8ZorpFE

DL Tanziel Smart: We said last year that  a case could be made for Smart to make the final roster.  This pre-season he has only made that argument stronger.  Consistently disrupting opposing offenses from the defensive interior, Smart looks to be worthy of a rotational spot on the Jets D-Line.

S Will Parks: Hearing Parks’ name or seeing him make a play on game day has become a regular occurrence.  With so little proven depth at the safety position, Parks deserves a spot.  In last night’s win against the Eagles, Parks may have had the biggest hit of the game, flatting an Atlanta ball carrier behind the line of scrimmage.

CB Rachad Wildgoose: Wildgoose has made some standout plays while racking up plenty of reps this pre-season.  While the top of the Jets corner depth chart is dramatically improved from last season, there are jobs to be won at the bottom.  While Wildgoose hasn’t been perfect, he has done enough to warrant consideration for a spot.