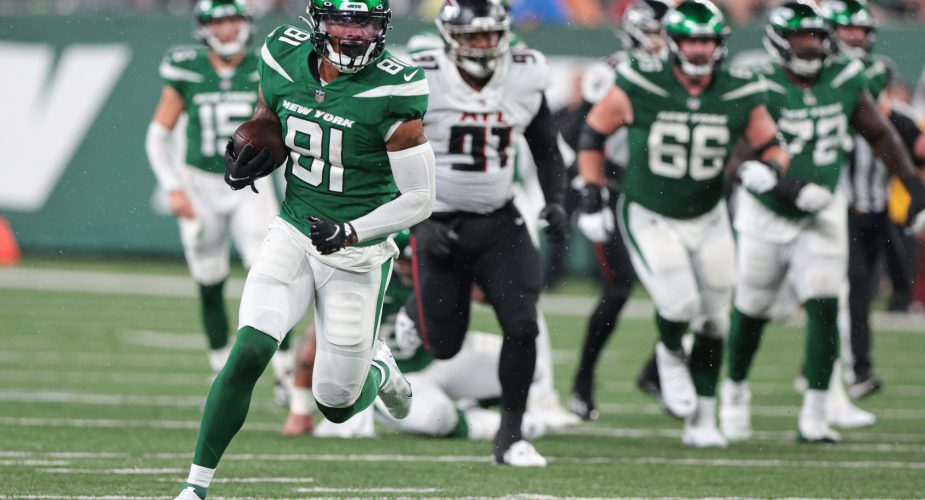 As the Jets prepare to play their third and final pre-season game this weekend against the Giants, here are some key players to watch in the MetLife matchup.

Of Course wide receiver Denzel Mims will be interesting to watch after requesting a trade earlier this week.  As some expected, the request has reportedly piqued the interest of the Carolina Panthers.  With this being the case, do the Jets load up on targets for Mims in hopes of generating some interest?

Who else should we be watching?

QB Chris Streveler: Have to start with the QB.  Pre-season or not, Streveler isn’t your average unknown QB.  He’s had some experience in the CFL and it shows.  He doesn’t get rattled under pressure, does a good job of keeping his eyes downfield and isn’t afraid to use his legs to make a play.  Another strong outing will all but guarantee he won’t make it through waivers if the Jets are hoping to stash him.

WR Calvin Jackson: Jackson’s name has come up plenty throughout training camp while also finding ways to make plays in game action.  With Mims possibly on the way out, there could be some open spots on the roster.

WR Irvin Charles: Charles hasn’t been as productive as Jackson in game action but he has stood out several times throughout camp and came up just short on what would have been a fantastic TD catch in the team’s first pre-season game.  If Mims goes and the Jets decide to carry six receivers, Charles is a name that could stick.  If not, expect the Jets to hope to stick him on the practice squad.

DB Tony Adams: The versatile undrafted free agent showed up on film for the first time last week against the Giants and has earned the praise of some on the Jets beat.  If the Jets feel Adams can contribute at safety in corner having played both in college, he has a shot to grab a practice squad spot.

RB Zonovan Knight: Another undrafted rookie free agent, Knight has made some big plays as a return man while showing some power in the run game.  A capable blocker and pass catcher, Knight’s being a multi-tool player means another strong showing could lock up a roster spot if he hasn’t already.

Always believed Lawrence Cager had excellent hands. Biggest question with transition to TE was going to be his ability to block. Picks up a key block here on a Perine run late in the game. pic.twitter.com/HwV8ZorpFE

TE Lawrence Cager: Cager looks to have gone from long-shot to a near lock for the final 53.  The converted wide receiver has packed on some bulk and found a way to consistently make plays as a pass catcher.  It’s not unrealistic to think the Jets may carry four TE’s with each being better than anyone they carried last season.

RB LaMical Perine: Despite scoring a touchdown last week, Perine feels like the odd man out at running back.  The team will likely look to carry quicker, more explosive backs.  Perine doesn’t fit the bill.

DL Jabari Zuniga: Perine and Zuinga are in the same boat.  They’re both out of the first draft class Joe Douglas assembled.  They’ve both been largely invisible since arriving.  And they’ve both looked better this pre-season than they have at any point with the Jets.  While that’s unlikely to be enough for Perine to hang around, Zuinga may have an outside shot to stick in the Jets heavily rotated defensive line.