Is it too Early for Jets to Start Worrying About Abysmal Performance From High Priced O-Lineman? 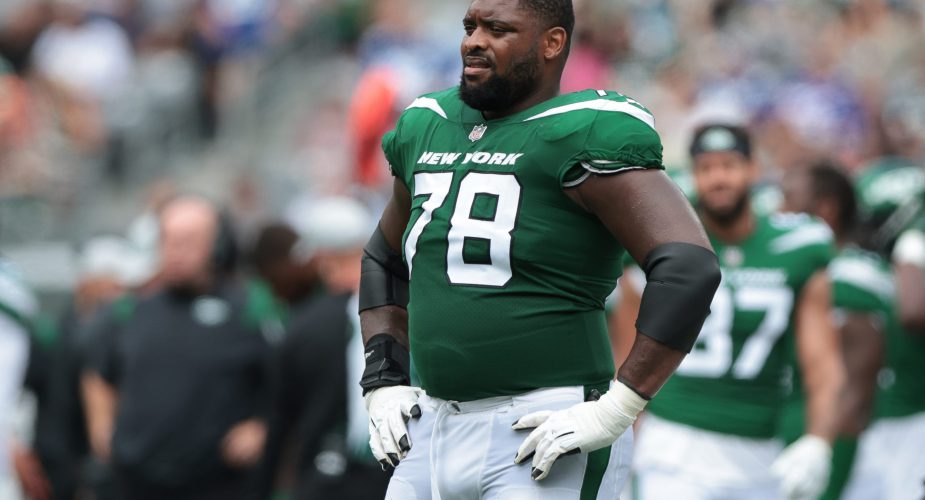 Yes, the NFL season is a long 17 games with its share of ups and downs for just about every team, player and coach.  That’s why it’s almost never a good idea to get too high or too low after just one game.  Almost never.

Just one game, but didn't expect this from Laken Tomlinson. pic.twitter.com/DevS8zwkBP

For the Jets, there had to be at least a handful of folks at 1 Jets drive who worried about what they saw in week 1 from Laken Tomlinson.  The left guard who was brought in to solidify the offensive line after an outstanding career with the 49ers was, and there’s no other way to say it…abysmal.  Well, there are a few other words, but none of them suitable for this space.

If Jets didn’t know any better, they may have thought the team retained the departed Greg Van Roten and moved him to the left side.  When all was said and done, Tomlinson allowed a whopping EIGHT quarterback pressures en route to a PFF grade of 35.2.  It was Tomlinson’s worst grade since his 35.2 back in 2019.

Laken Tomlinson's week 1 PFF grade of 38.6 is his worst since week 11 of the 2019 season when he earned a 35.2. Somewhat alarming for a proven veteran who is familiar with the system the Jets are running.

It showed up on film time and again.  One play after another, be it run or pass, Tomlinson was repeatedly manhandled.  Whether it was a defender blowing past him right off the snap, putting him on skates with a bull rush, or just brushing him aside when Tomlinson was able to engage.

The Jets will hope like crazy that this was an opening day aberration for Tomlinson and he’ll return to form in week two.  But if you watched every Tomlinson snap from week 1, nobody could blame you for being at least a little bit concerned.