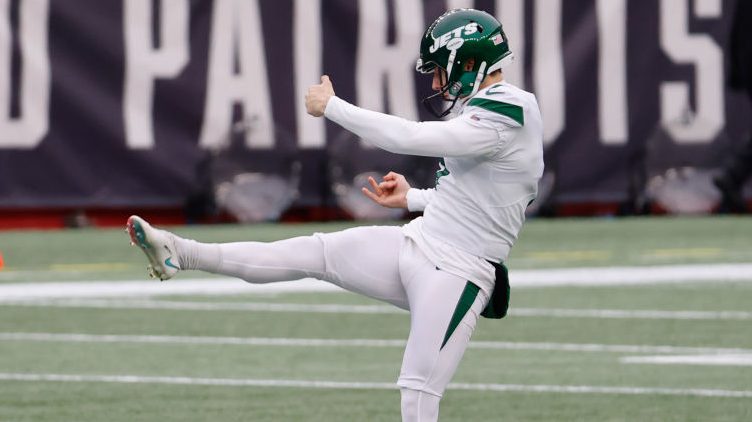 Brant Boyer spoke to the media on Thursday and gave updates on the kicking situation. Boyer did say that the week one problems were not weather related.

Braden Mann and His Back Injury

Well, we’ll see where we’re at. I think Braden (Mann) obviously struggled a little bit in the game, his back started tightening up a little bit, but regardless of the situation he’s got to make those kicks. I mean he had two he wants back, I think. I thought he hit some really good balls in that game as well, so it’s just a matter of, we brought in Ty (Long) to get a look just in case with Braden and I know Coach already talked to you about the issues and stuff, so we’ll see where we’re at.

I think that certainly last year he hurt his knee and had to sit out significant time and then they took out and then he had to come back and it takes time to get in a groove like that in games and things like that. So, I think that Braden has as much talent as anybody on this team, I’ve always said that and I believe that. There is no doubt in my mind that he can succeed in this league and be a really good successful punter. I think he’s shown that, but he’s got to stay healthy and that’s what it comes down to.

Greg Zuerlein and His Week One Struggles

I’ve seen such a big body of work from him through the years and through camp that, I mean we’ve got to make those kicks, yes, and the team need those points, but at the end of the day, I am hardly not even close to pushing the panic button. I mean I have full trust in him and he had a couple of kicks he wants back and just like any other position, there’s some plays that you want back in every game. Both of those guys had two bad balls and it’s something we got to improve on for sure.

You can’t pinpoint it. It’s just like I said, I think everybody, every position has a play or two they want back and that’s just one of his. I’m trying to be honest with you and that’s basically what we talked about. He kicked off really well and had performed really well during the week and he’s a great pro, so is Braden. I have no question that both these guys will get it fixed.

Ty Long and his History of Kicking Field Goals & Punting

Yeah, he’s done a good job throughout his career. I mean playing against him, just when we played against him two years ago, or was it last year, he did really well against us. So, I think he’s certainly got the potential and everything that you look for with the big leg and things like that. We’ll see where we’re at on both sides.