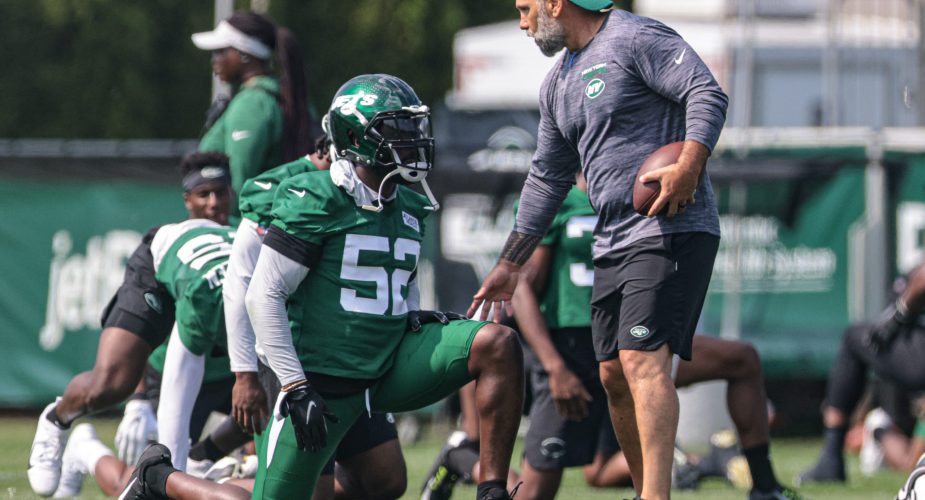 Positive vibes only, Robert Saleh?  Somebody might want to get that message to struggling Jets defensive coordinator Jeff Ulbrich…ASAP.

"There are these critical moments in games, 'Why is Quinnen not out there?' You look to the side and he's gasping for air."

While meeting with the media, Jets defensive coordinator Jeff Ulbrich, whose unit was the first in team history to give up over 400 points last season and is ranked 32nd this year, threw his best player under the bus.

When discussing defensive lineman Quinnen Williams and his lack of reps, Ulbrich didn’t hold back.  According to Ulbrich, “There are these critical moments in games ‘why is Quinnen not out there?’  You look to the side and he’s gasping for air.”  Telling the world that your most impactful player is out of shape may not be the best route to take if you’re hoping to climb up to 31st in the NFL on defense in the coming weeks.

The next time Williams is made available to the media, things could get very interesting.