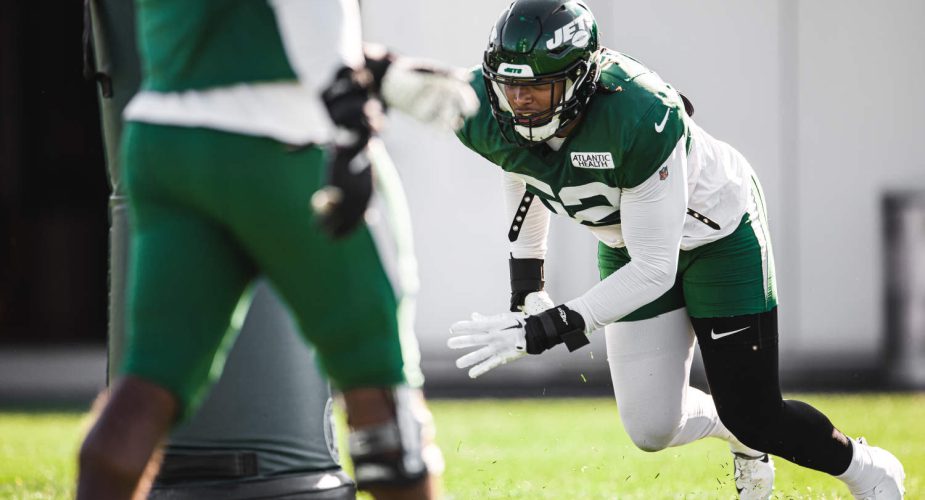 Wide receiver Corey Davis will be out for a second straight game with a knee injury suffered in the win against Denver. Head coach Robert Saleh is confident they will get him back after the team’s bye next week. Running back James Robinson, who was added to the injury report Saturday with a knee injury, will suit up and play. When traded from Jacksonville, there was talk about “knee soreness” after his final game for the Jaguars. This will be something to monitor moving forward with him. Joe Flacco, who saw his role as QB2 get passed to Mike White last week, is a healthy scratch. Rookie Jeremy Ruckert is also out for today’s game.

On the defensive side of the ball, CB Bryce Hall and S Tony Adams remain healthy scratches in the secondary. Rookie defensive end Jermaine Johnson II is returning to the lineup after missing two games with an ankle injury. He and Bryce Huff should see increased reps on the edge with Jacob Martin being traded to Denver at the deadline.

DL Jermaine Johnson is back in the lineup.

Here is the full list of inactive players for the Bills: