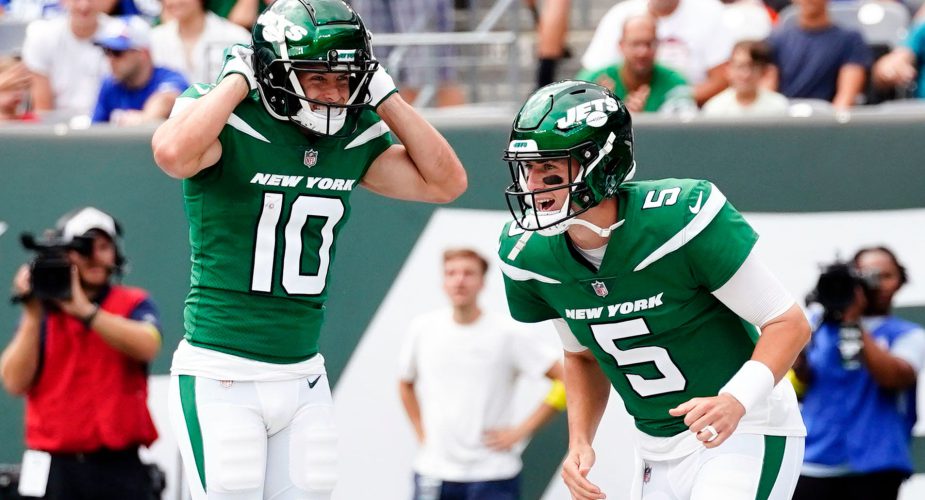 In a week that saw a big shakeup to the most important position for the New York Jets, hopeful franchise signal caller Zach Wilson was sent to the bench in favor of veteran backup Mike White. Citing issues with his fundamentals and footwork, head coach Robert Saleh said the “intent is to get Zach back on the field” by the end of the year. For now, Wilson will be inactive this afternoon as Joe Flacco will serve as the backup to White. Rookie offensive tackle Max Mitchell was activated from the Injured Reserve, but it’s yet to be determined if he will be the starting right tackle for today’s game. The man playing to his left, RG Nate Herbig, is back and “rolling” after missing last week with a left shin injury. A big upgrade is also coming to the wide receiver group, with Corey Davis back in the lineup after missing 3 games with a knee sprain. In a surprise move, RB James Robinson is inactive, meaning Zonovan Knight will be dressed and active.

Defensively, the Jets elevated LB Chazz Surratt and DT Tanzel Smart from the practice squad, making this Smart’s second straight week. He continues to fill in for starting tackle Sheldon Rankins, who remains out with a dislocated left elbow. In the secondary, CB Bryce Hall and S Tony Adams are still healthy scratches.

Here is the full list of inactive players for the Bears: