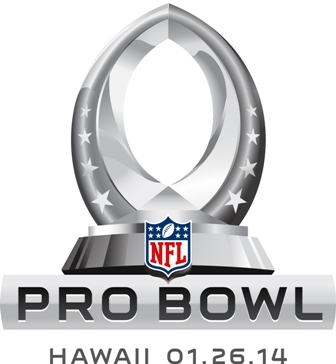 It is turning into a very strange, but quite exciting National Football League season for the New York Jets. The 2022 campaign has almost been an unexpected dream come true on some fronts, as they have exceeded the expectations of even the most optimistic fan and given the results they have picked up so far this year, the franchise finds themselves in the month of December with a few post season opportunities available to them as per Daily Stoke, sports betting magazine.

On the other hand, it has been a year unfortunately dogged so far by numerous injuries. Particularly the offensive line, and I only need to throw out names like George Fant, Duane Brown, Mekhi Becton, Alijah Vera-Tucker, and most recently, Max Mitchell, who is now ruled out for a second time after the discovery that he is suffering from blood clots.

Despite all of those issues, it could well be a season to remember for the side and there are seven players on the roster right now who could well make the Pro Bowl (Allegiant Stadium, Las Vegas) this year, given their performances and statistics so far.

So, in no particular order (namely as the Gang Green fanbase might disagree), here are the seven in my mind, thanks to the fan voting process utilized.

Cornerback Sauce Gardner was the fourth overall pick in this year’s draft, and he has let absolutely nobody down since entering the NFL. From a statistical point of view, it is difficult to argue he is not currently the best cornerback in the NFL – first in catch percentage allowed, and first in total pass breakups among cornerbacks with a minimum 300 coverage snaps.

Another potential lock for the Pro Bowl is the defensively dominant Quinnen Williams. The former third overall pick has set a few new career highs, even with games remaining in the season. Sacks, tackles for loss, and QB hits namely, and he is top of the list for interior defensive linemen, and top six in pass rush grade, and pass rush productivity.

Having had the worst year of his career last season, C.J. Mosley has bounced back perfectly in 2022 and proven he has plenty left in his tank. He ranks top 20 for both run stops and coverage grade, and he ranks sixth amongst qualified linebackers completion percentage, and fifth on passer rating when targeted.

Many would consider Lamarcus Joyner to have had quite an unspectacular season so far, but he is ranked amongst the top six free safeties in Pro Bowl voting. This is mainly due to his interception ranking. On the interceptions front, this could be why he sneaks in.

Thomas Hennessy continues to be the Jets’ longest tenured player, and he has long been considered as one of the most reliable long snappers since he came to the league back in 2017. Hennessy is currently ninth in Pro Bowl votes and fifth in the AFC.

Braxton Berrios has been here before. He became the first Jets player to be named first team All Pro since 2019 (Jamal Adams), but he controversially missed out on the Pro Bowl. Berrios’ numbers are down this season, but that could change and many will feel justice will then be done.