Mike White Not Cleared; Zach Wilson to Start Against Lions 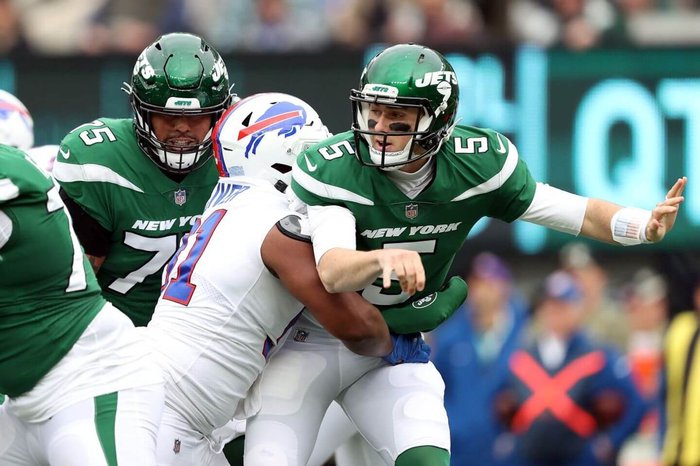 The QB carousel continues for the Jets. Mike White has not been cleared to return to the field, so Zach Wilson will start at home on Sunday vs. the Detroit Lions.

No, not at all. Like I said, Monday I’m preparing as such and until something changes, then we’ll cross that bridge when we get there.

So Zach Wilson will get a chance to prove that a few weeks off helped him fix the issues that were evident the last time he played against the New England Patriots. That version of Zach seemed as broken when it comes to fundamentals as a QB could be. Did a few weeks not worry about game planning help him improve his mechanics and decision making?

Everyone will find out on Sunday when the Jets play the Lions. Visit our forums to see what fans are saying about Zach Wilson getting his starting job back.

Sources: Jets doctors will not clear QB Mike White for contact before Sunday’s game vs. Detroit and thus Zach Wilson will start against the Lions. White wanted to play and has practiced but Jets doctors are not signing off. Thus, Wilson is back as the Jets’ starting QB. pic.twitter.com/mq3zEKwyw7