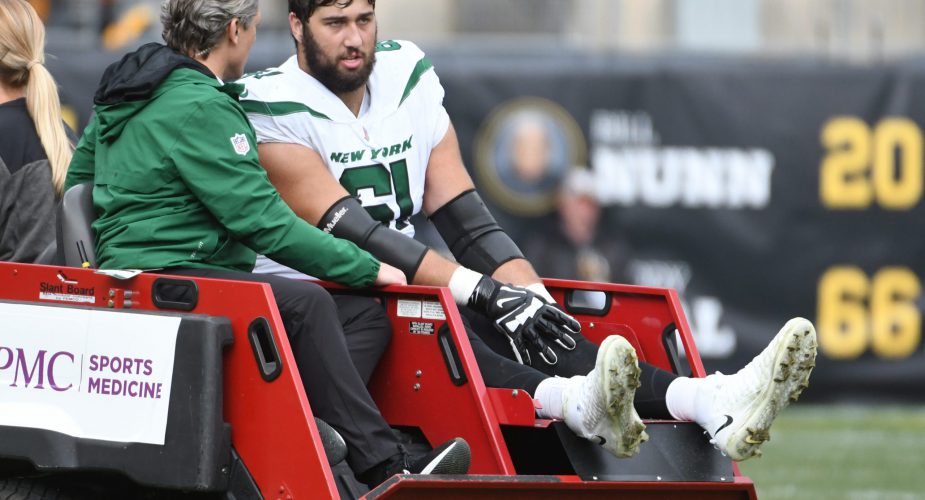 For many New York Jets fans, this season has been a pleasant surprise, exceeding expectations of many, and meaningful December games are finally here. If they win the next two and the Patriots lose one, the playoffs will happen.

However, on the other hand, it has been a nightmare year regarding offensive line injuries. George Fant and Duane Brown have spent time on injured reserve, while Mekhi Becton and Alijah Vera-Tucker are both out for the year. Fans will be hoping these injuries do not affect their play next season, and plenty will be looking into what top bookies to bet on NFL games with as additional games tick by.

Now, the Jets can add another long-term absentee to their offensive woes, as rookie tackle Max Mitchell has been added to their Non-Football Injury list, and the 23-year-old sees his own successful (albeit interrupted) season come to an end following the discovery of an unspecified issue.

When NY Jets Head Coach Robert Saleh broke the news that rookie Mitchell would now miss the rest of the year, he curiously dodged further questions and chose not to elaborate on what had happened to the 2022 fourth-round Draft pick.

Having revealed the news to reports in the press conference, when asked for additional details, he simply answered.

“I’m not going to get into specifics right now because there’s a lot of things that we’re trying to sort out. And for him, too.”

When called upon earlier in the season, Mitchell stepped up well and impressed, having started their first four games of the year, but then his promising start was unfortunately paused as he picked up a knee injury in Week 4 in the clash against the Pittsburgh Steelers. He did not feature again for the Jets until Week 12, returning as a starter in last week’s encounter with the Minnesota Vikings, so this latest blow, whatever it might be, will have hit the youngster hard, given his progress.

Lineman Cedric Ogbuehi is, of course, already on injured reserve with a groin issue, so Mike Remmers now plays a more important role going forward in a backup swing tackle role behind Fant and Brown. Having signed Laurent Duvernay-Tardif from the practice squad, the veteran featured in eight games last year for the Jets, so presumably, he returns as an option for Saleh.

Since the story initially broke, it has since been claimed by SNYtv’s Connor Hughes that doctors had found blood clots, and that was why Mitchell is now out, however thankfully, he is said to be in good spirits, the condition was caught early, and it is not believed to be a long term, or career-threatening problem.