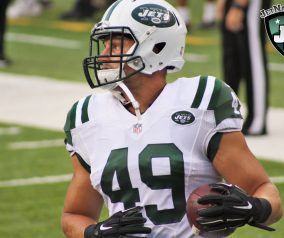 By Glenn Naughton The Jets have announced the signing of five players to future/reserve contracts, including a pair of familiar [...]

By Glenn Naughton   With safety  Calvin Pryor being limited in practice as he works his way back from the [...]