Former NFL quarterback and first round draft pick Johnny Manziel made his CFL debut for the Hamilton Tiger Cats last [...] 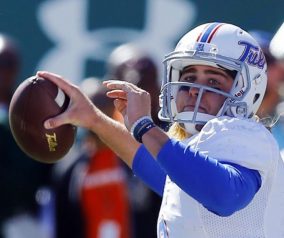 Why Jets and Tryout/UDFA QB Dane Evans are Ideal fit

By Glenn Naughton   One of the key talking points in relation to the New York Jets at the conclusion [...]